McDonald this year became the first coach to secure an Australian domestic treble.

Former Australia all-rounder Andrew McDonald was announced on Friday as head coach of the Birmingham-based team in the controversial new short-form tournament The Hundred.

McDonald this year became the first coach to secure an Australian domestic treble, leading Melbourne Renegades to a first Big Bash title, while also securing the Sheffield Shield and One-Day Cup with his native Victoria.

The 38-year-old will be assisted at Edgbaston by former New Zealand captain Daniel Vettori. McDonald is the second Australian to be confirmed as a coach in the new competition, following the appointment of Simon Katich to take charge of the Manchester team.

The five-week 100-ball tournament gets under way in July 2020 and will feature eight city-based teams from Manchester, Leeds, Nottingham, Birmingham, Cardiff, Southampton and two in London.

McDonald, 38, said: “The Hundred is a tournament that’s generating interest across the globe and the opportunity to be part of it as head coach of the Birmingham team is something that I’m relishing.”

The England and Wales Cricket Board faced huge public criticism for suggesting the 100-balls-per-side competition was aimed at attracting a new audience as opposed to existing fans.

Questions have also been raised about whether there is a need for another short-form event in an already congested calendar, given the success of Twenty20 matches and the new competition’s potential impact on English cricket’s existing 18 first-class counties. A televised player draft for The Hundred will be held on October. 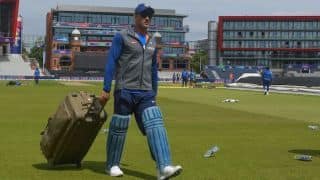