When we talk about youth development, we have to ensure it goes to every state, district association, said Anil Kumble.

Jaipur: To match the success and popularity of cricket in the country, other sports need to have their own icons, cricketer Anil Kumble and footballer Baichung Bhutia have said. “Until and unless other sports have domestic icons like in cricket, things will not change. That is the change we need to bring in other sports as well,” Kumble said at a jam-packed session on second day at the Jaipur Literature Festival on Friday. He referred to international football heroes Lionel Messi, Christiano Ronaldo and Pele. “If you look at any football fan today, he still relates to a Messi, he still relates to a Ronaldo, or a Pele. I think he should be relating himself to Baichung Bhutia. If you do not create this relation, it is going to be like this forever,” the cricketer said. READ: Anil Kumble: Implementing Lodha Committee recommendations will be good for Indian cricket

Bhutia bemoaned the lack of basic infrastructure facilities in the country for football, which he said had led to the loss of thousands of ‘Messi-like’ talents. “There is a huge amount of talent in India. I think we lost out on thousands of Messis, just because we can’t spot them,” Bhutia said.

Even if they are spotted, Bhutia said the country does not have talented coaches who can properly train them, and a proper platform and support system to guide them. This is why it is important to train the coaches as well, he said. “Unless you produce quality players, results are not going to come. And if results don’t come, it will become very difficult for football to sell. So, we really have to focus on youth development,” he said. READ: Anil Kumble: 7 moments that define the legend’s international cricket career

“When we talk about youth development, we have to ensure it goes to every state, district association, state football association,” he said pointing to the emergence of leagues in different sports, Kumble said it boded well because it would lead to interactions with foreign players.

“I would one day love to see an Indian football team in a tournament final,” Kumble said. 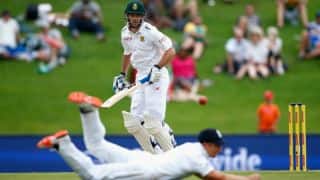 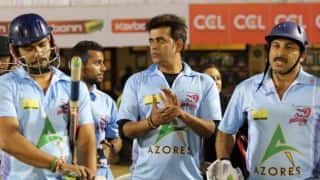