The match-winning Indian legspinner spoke about his first Test wicket, the highs and lows of his career, and more, in an interview with The Hindu.

The eminent career of the perennial leg-spin threat of India’s bowling attack, Anil Kumble, ran for 18 hard but rewarding years, and its genesis happened 25 years ago. Today, a silver jubilee ago, Kumble was in his debut Test, in India’s tour of England in 1990, at Old Trafford, known more for a century by 17-year old Sachin Tendulkar. Kumble recalled this debut moment, and the highs and lows in his time with the Indian team, in an interview with The Hindu.

“It was one of the biggest moments in my life but I was also aware about the challenge — to get wickets and win matches for India,” he said. Of his first Test wicket, of England batsman Allan Lamb, he described, “The ball bounced, hit the top of Lamb’s bat and Sanjay (Manjrekar) took a brilliant catch at silly-point.” READ: Anil Kumble: 7 moments that define the legend’s international cricket career

He was part of quite a few winning moments in a relatively successful era in Indian cricket, in the 2000s, a phase he remembers well, alongside the domination at home during in 1990s. “In 1993, we beat England in India and after that for many years we defeated all teams that visited home. I can never forget Headingley, 2002, when we defeated England and that was the beginning of our good run overseas. We later defeated Pakistan, England and West Indies on their home-turf and drew a series in Australia (1-1, 2003).”

In 2007, he scored his maiden and only Test century, against England at The Oval, getting to the landmark clumsily, with an inside edge past the wicketkeeper after a skip down the track. The delight in his face, then, was palpable. “That was great (laughs). I always believed that I could score a Test hundred and even thought the same during my debut. Unfortunately I flicked the ball straight to John Morris at short-leg (for 2) and he threw down the stumps and I was run out.” READ: Anil Kumble: MIT assisting ICC in developing tools to analyse DRS

Tendulkar, the centurion in that Test, was a constant companion in Kumble’s 132-Test cricketing journey, a bond that was valuable. “Sachin was part of  almost all my Tests (132). It is probably a rare Test that we missed playing together. He was my go-to man for various inputs — is the ball coming out nicely from my hand, is my run-up okay?”

What does he miss from his life as an India player? “I miss the camaraderie but I don’t have any regrets because I gave everything that I could give to the game. Not many gave me a chance when I first played for India and from there to finish where I finally did, I can be proud of what I achieved.”

Kumble, after retirement, in 2008, has served the International Cricket Council (ICC), the Board of Control for Cricket in India (BCCI) and the Karnataka State Cricket Association (KSCA) in various capacities. 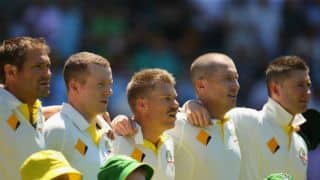