Anil Kumble's first assignment as India's head coach will be against West Indies when team tours the Caribbean nation next month.

New India head coach Anil Kumble wants his players to inculcate fighting sprite in them. While speaking to the media Kumble said that it is important  for India to instill fighting sprite in them regardless of whether the team wins or losses. This is the first time that Kumble has spoken to the press in the capacity of India’s head coach since his appointment. Kumble’s first assignment as head coach will be against West Indies, when India tour the Carribean nation in end of July. India will play West Indies in a four-match Test series,where the team will be skippered by Virat Kohli. ALSO READ: Anil Kumble: India have strong chances of winning in West Indies

Speaking about the tour Kumble added,“When we went to the West Indies last time we won the series. We will draw confidence from it and head into the upcoming tour.” “Indian team should do well in Test cricket. In the ongoing camp I am just trying to get used to the players; due to the rains around we might face difficulties in practising. But what I think is we have a good chance of emerging victorious and we will go with the mindset of winning the series (in West Indies),” he explained.

Kumble was appointed after he appeared for an interview before the BCCI’s Cricket Advisory Committee consisting of his former team-mates Sachin Tendulkar, V V S Laxman and Sourav Ganguly. He admitted that he felt “a bit strange” while appearing for the interview before his former team-mates. ”I mean, we guys have held so many meetings in the past to discuss the game…. It was a pretty nervous idea, meeting them like this,” said the 45-year-old former leg-spinner who is India’s highest Test wicket taker. 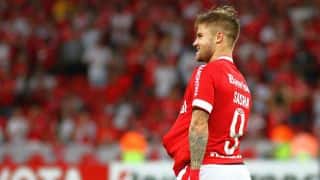