APDR secretary Ranjit Sur alleged that Keshri was hospitalised with a serious injury, but shifted to another hospital.

Kolkata: A rights group has filed a police complaint demanding an investigation into the “unnatural” death of cricketer Ankit Keshri and punishment of all those responsible for his demise. READ: BCCI pays tribute to late Ankit Keshri at Eden Gardens during IPL 2015

In an e-mail to city police commissioner Surojit Kar Purokayastha, the human rights organisation Association For Protection of Democratic Rights (APDR) said a proper investigation was necessary “to find out the real cause of Ankit’s death and to punish those guilty.” READ: Kolkata Knight Riders name Ankit Keshri as 16th member of of their squad against Rajasthan Royals

Keshri, a former Bengal Under-19 captain, was hospitalised with a head injury on April 17 after colliding with teammate Mondal while fielding for his club East Bengal during a Cricket Association of Bengal (CAB) senior knockout match against Bhowanipore. He succumbed to his injuries three days later. APDR secretary Ranjit Sur alleged that the cricketer was hospitalised with a serious injury, but shifted to another hospital a day before he died “on the basis of a risk bond signed by a club official.” READ: Sourav Ganguly donates BCCI pension to Ankit Keshri’s family

“His body was cremated without post mortem,” Sur alleged in the e-mail, expressing surprise at Keshri’s shifting from one hospital to another “without his family’s expressed permission.” The complaint asked, “His family members expressed in the media that they were not at all involved in the whole process of shifting. How can a club official shift a critical patient without his family’s consent and how a hospital can release him?” READ: Late Ankit Keshri’s father to request Mamata Banerje for a job for his elder son

“The real reason of his death has remained unanswered. Complaint of negligence and breach of trust on behalf of East Bengal club and Cricket Association of Bengal officials are in the air,” Sur alleged. He urged the commissioner to treat the e-mail as an FIR regarding the “unnatural death” of Keshri and start an investigation to find out the real reason of his death…and punish those guilty. Sur also requested that all papers related to Keshri’s treatment be confiscated as early as possible “so that evidence is not destroyed.” READ: Ankit Keshri’s demise after on-field collision triggers blame game 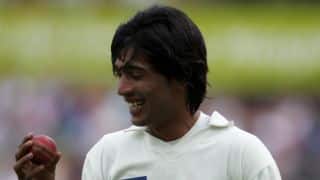