The Antigua pitch on which West Indies handed England a thrashing inside three days could potentially face ICC sanction for failing to meet its standards.

The Antigua pitch on which West Indies handed England a thrashing inside three days could potentially face ICC sanction for failing to meet its standards.

The pitch offered variable bounce across the duration of the 2nd Test between the two countries on which England made 187 and 132 to West Indies’ 306 and 17/0. The hosts pummelled the visitors by 10 wickets to win the second Test and thus seal the Wisden Trophy with a game to spare.

There were multiple occasions of batsmen copping blow on their bodies apart from losing their wickets on account of the surprise bounce.

England coach Trevor Bayliss has already expressed his dissatisfaction at the nature of the pitch saying, “It looked to me as if you had to be careful of the ball leaping off a length.”

As per the ICC rules, if a pitch can be rated from unfit to poor to below average resulting in demerit points. An unfit pitch draws five points, poor three while below average one point. A track that cops five demerit points during a running cycle of five years is banned for 12 months from hosting international matches.

The latest development comes days after Windies captain Jason Holder was suspended by the ICC for the third Test against England at St. Lucia for maintaining slow over-rate during the second Test drawing widespread criticism. 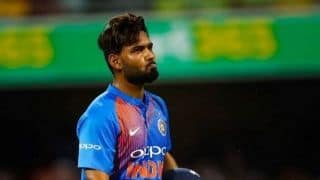 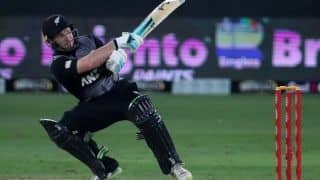