BCCI has written to the Union Ministries of Power and Environment to "guide" it in developing green stadia as part of its new 'Go Green' initiative.

Vijayawada: The BCCI has written to the Union Ministries of Power and Environment to “guide” it in developing green stadia as part of its new ‘Go Green’ initiative, its new chairman Anurag Thakur said on Monday. “We have earmarked Rs 100 crore for our ‘Go Green’ initiative, wherein existing cricket stadia across the country are being converted into green stadia. We have already written to the Central ministers of Power and Environment to guide us in this regard,” Thakur said in a brief interaction with the media. He was speaking after inaugurating two new cricket grounds developed by the Andhra Cricket Association and the Krishna District Cricket Association at Mulapadu village, 25-km from. Duleep Trophy to be played under lights?

“We are putting up solar panels in all stadiums for power generation. We will have rain water harvesting structures in place. We will use sewerage water, treat it and reuse it for the grounds. We will also use LED bulbs to bring in energy efficiency. We will also do an energy audit to make the green stadia,” Thakur elaborated. He said some state cricket associations like Maharashtra and Karnataka have done well in solar and other environment issues, water treatment or rain water harvesting. Thakur receives warm welcome on his arrival at Hamirpur

“We have asked those associations also to guide us,” he added. Asked if some state cricket associations were not living up to expectations, the BCCI chief observed, “See, all fingers are not equal, but everyone has a role to play. Every unit is important to us. A few may have lagged behind…many have done extremely well, many have lived up to the expectations. But then, even in a family, everyone is not equal if you look at the performance.” NCA set to be shifted from Bangalore

“So, I personally feel many learn from others. Andhra Cricket Association has set a benchmark. Others can learn from them and do well. We need to set standards and high standards,” Thakur remarked. Asked about his priorities in terms of building (cricket) infrastructure in the country, Thakur pointed out that no other sports federation or board created such infrastructure as the BCCI did in the last few decades. Anurag Thakur off to fair start as BCCI President

“They are totally dependent on the Government of India or the state governments for funds, whereas we spend from our own earnings. Most affiliates or permanent members of BCCI created their own international stadiums and academies, which is a good thing. World over…Australia and other countries…the grounds are common grounds created by their governments, not the national boards. I think BCCI is one organisation appreciated all over the world. They look up to the BCCI and its functioning. I am sure we cannot do much better in future,” Thakur remarked.

Asked when would Visakhapatnam get to host a cricket Test match, since it has already been granted necessary status, the BCCI chief quipped “whenever the ACA president and the secretary request us. You may not know, he (ACA president Gokaraju Ganga Raju) is also chairman of our tours and fixtures committee,” Thakur pointed out. Thakur and BCCI secretary Ajay Shirke complimented the ACA for creating “such a beautiful facility” with two separate cricket grounds and air-conditioned residential accommodation for players and officials.

“They created a model for the country. Other state associations should look at this. This model should be replicated throughout the country,” Thakur said. From junior level to first class…players could stay in the facility and two matches could be played simultaneously. AP Water Resources Minister Devineni Umamaheswara Rao, MPs Kesineni Srinivas, Jayadev Galla, AP Sports Authority chairman P R Mohan and others were present. 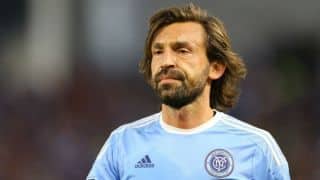 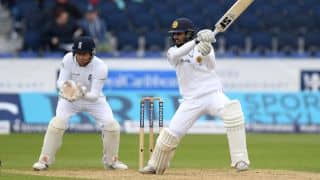