Proteas captain Faf du Plessis gave a ringing endorsement of the changes in management in South African cricket after his side won the first Test against England by 107 runs at SuperSport Park on Sunday.

Proteas captain Faf du Plessis gave a ringing endorsement of the changes in management in South African cricket after his side won the first Test against England by 107 runs at SuperSport Park on Sunday. The win broke a five-Test losing sequence for the Proteas and gave them their first points in the World Test championship.

“We’ve got the right people in the right jobs at the top of Cricket South Africa,” he said of the appointment of former captain Graeme Smith as director of cricket and Mark Boucher as head coach after a period of upheaval in the local game.

“Leadership always comes from the top and filters down. I feel it set the tone for the way that we are playing right now. That’s a start for us as a team. Now you can trust the system a little bit more and just focus on playing cricket.”

An enthralling Test was still in the balance at lunchtime on the fourth day. After a tense morning when England could score only 50 runs in 25 overs for the loss of overnight batsmen Rory Burns (84) and Joe Denly (31), England were 205 runs short of their target of 376 but had their best batsmen, captain Joe Root and Ben Stokes at the crease.

Immediately after lunch, with 14 overs to be bowled before the second new ball was due, Root and Stokes upped the tempo, adding 30 runs in five overs. Thirteen of those runs came from one over from left-arm spinner Keshav Maharaj but Du Plessis persevered with the spinner.

It was Maharaj who made the crucial breakthrough, bowling Stokes for 14 when the left-hander tried to play a cut shot against a ball which pitched in a rough area and deflected off his glove onto the stumps.

“We had a lot of confidence in Kesh,” said Du Plessis. “We kept saying that we had a feeling that in the second innings he was going to get Ben Stokes out. He has got him out a few times and the way that Stokes plays he is going to take the game on. We had a gut feeling that it was going to happen. It was a massive wicket for us.”

When the new ball was taken seven overs later the end came quickly as Kagiso Rabada and Anrich Nortje blasted out the remaining batsmen. Rabada took four for 103 and Nortje three for 56.

The game was effectively over when Du Plessis brought Nortje into the attack in place of Vernon Philander, who sent down three largely innocuous overs, and Nortje had Root caught behind for 48 with his second ball. Earlier Nortje dismissed Burns, also with the second ball of a spell, to make the first breakthrough of the day. 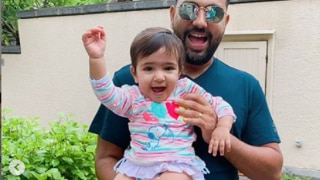