BCCI Vice-President Arun Jaitley is not "fully satisfied" with how the Working Committee meeting panned out in Chennai, saying he would have preferred Shashank Manohar in place of Jagmohan Dalmiya as head of the four-member "interim arrangement". 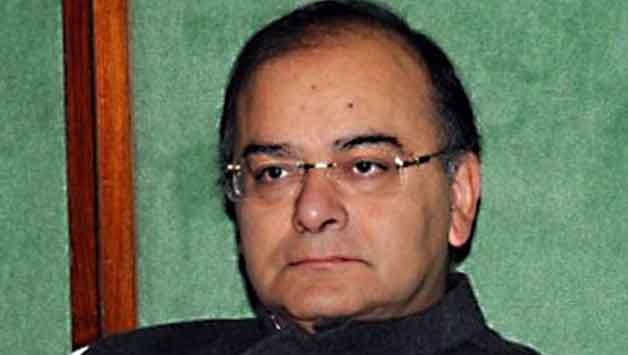 BCCI Vice-President Arun Jaitley is not “fully satisfied” with how the Working Committee meeting panned out in Chennai, saying he would have preferred Shashank Manohar in place of Jagmohan Dalmiya as head of the four-member “interim arrangement”.

Bowing to all-round pressure, N Srinivasan had on Sunday agreed to “step aside” as BCCI president under a compromise formula that brought back former chief Dalmiya as head of a four-member “interim arrangement” to run the board, more than a fortnight after the spot-fixing scandal rocked Indian cricket.

“I won’t say that I am fully satisfied. The game of cricket is synonymous with fairness and when you have three players being arrested because they are involved in unfair practice which graduates into fixing or a relative of the senior board official is allegedly involved in betting, it casts very serious doubts and calls for a very strong action,” said Jaitley.

“I would have been happier if the time of arrangement had been cordially arrived at on Day 1 rather than on Day 8 or 9,” Jaitley told NDTV.

Jaitley said he had proposed the name of ex-President Manohar even without taking his consent.

“I would have personally liked to see him and therefore even without his consent suggested his name. I would have been extremely happy if he says so. Shashank has impeccable credentials, he said he has no intention of coming back as he has retired from the Board. He is an honourable man. I would be very happy for him. Most of the members agreed on Mr Dalmiya’s name, who is an experienced person. It’s not the occasion for us to squabble over names,” he added.

The Working Committee of the Board decided that former president Dalmiya will conduct its day-to-day affairs after Srinivasan announced that he will not discharge his duties as the president till such time the probe is completed.

When asked specifically what his main concern was, Jaitley said, “When insiders get involved in betting, betting transforms into fixing and I think this is very serious challenge to the fairness of the game in India.”

“That’s hugely uneasy. I would like to see whoever is responsible for it… by a fair mechanism the accountability process has now been set into the motion and it should be taken to its logical end,” he said.

Jaitely informed that he was the one who made most of the suggestions in the meeting which were accepted by a majority of the board members.

“I made few suggestions like the president must step aside, a credible alternative must be there; the inquiry must be absolutely fair; and we must respond to various elements of public accountability of the board.

“Most members did support it and my suggestion did find overwhelming support in the meeting. The president yielded to it and step aside,” he said.

He, however, refused to comment on former BCCI president and Punjab Cricket Association (PCA) chief IS Bindra‘s allegations that the senior BJP leader has had his way in the meeting and it was the ‘Delhi Gang of four’ comprising of Jaitley, Rajeev Shukla, Anurag Thakur and Sneh Bansal which saved the day for Srinivasan.

“I don’t want to get into exchange of words. May be, I did not hear something which he claimed to have said. I don’t want to join issue on that. He is a very senior administrator himself.”

“I had initially suggested him to stepping aside, that was the demand raised by the large number of members when I met him. I said to him wait till inquiry and the inquiry must be fair, it must be credible and the alternative arrangement is made when you are out of the board because there’s only four months left in his tenure.

“It must be a credible alternative because cricket has a level of public accountability and that time my suggestion did not find favour.”

Sri Lanka Premier League to go ahead as per schedule