The Delhi High Court on Tuesday dismissed Chief Minister Arvind Kejriwal's plea to summon the minutes of meetings of the cricket body DDCA.

New Delhi: The Delhi High Court on Tuesday dismissed Chief Minister Arvind Kejriwal‘s plea to summon the minutes of meetings of the cricket body DDCA between 1999 and 2014 in a defamation suit filed by Union Minister Arun Jaitley. Joint Registrar Pankaj Gupta declined to grant the relief sought by Kejriwal who along with five other Aam Aadmi Party (AAP) leaders are facing a Rs 10 crore defamation suit filed by the BJP leader. Besides Kejriwal, the five others are Raghav Chadha, Kumar Vishwas, Ashutosh, Sanjay Singh and Deepak Bajpai. The AAP leaders had accused the BJP leader of corruption while he was the President of the Delhi and District Cricket Association (DDCA) from 2000 to 2013. DDCA Defamation case: HC rejects Arvind Kejriwal s plea

During the hearing earlier, Jaitley had opposed Kejriwal’s application saying the AAP leader has been trying to delay the proceedings by filing “frivolous” pleas, including the current one. The BJP leader had filed the defamation suit against the AAP leaders for allegedly levelling “defamatory” charges against him in connection with alleged irregularities in DDCA while he was its President. The chief minister had sought summoning of the minutes of the meetings held by the General Body, the Executive Committee or the Board of Directors of the DDCA between 1999 and 2014. DDCA defmamtion case: Delhi High Court issues notice to Arvind Kejriwal

Kejriwal is facing a separate Rs 10 crore defamation suit by Jaitley after the AAP leader’s former lawyer, senior advocate Ram Jethmalani used “scandalous words” while cross- examining the BJP leader. Kejriwal had later told the court that he had not instructed Jethmalani to use such words against the minister. DDCA Defamation case: Kejriwal has committed a serious act of libel, says Jaitley

Jaitley had denied all the allegations by the AAP leaders in December 2015 and filed a civil defamation suit seeking Rs 10 crore damages from them Kejriwal, claiming they had made “false and defamatory” statements in a case involving DDCA, thereby harming his reputation. 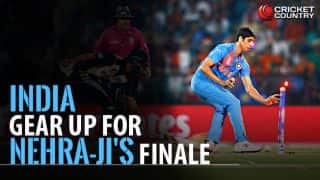