Australia paceman Mitchell Starc has shown his frustration over Cricket Australia's selection policy saying it's difficult to deliver consistency ''when you play one game and you're dropped." 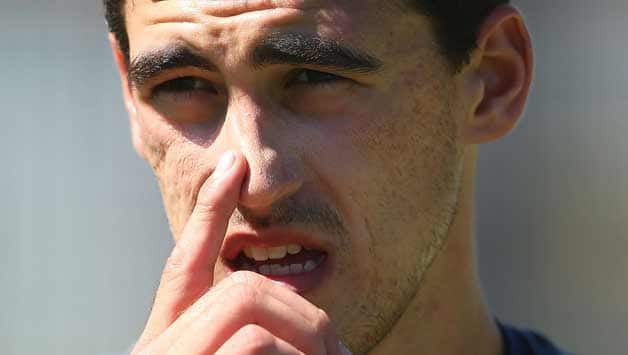 After starting in the first Test, Mitchell Starc was left out of the second at Lord’s before returning for the third at Old Trafford, only to be sidelined yet again for the fourth at Durham © Getty Images

The left-arm quick has been in and out of the Australian side over the past nine months, and during the current Ashes series in England the pattern has continued.

After starting in the first Test he was left out of the second at Lord’s before returning for the third at Old Trafford, only to be sidelined yet again at Durham.

The treatment has clearly upset the 23-year-old fast bowler, who is the second-highest-paid player on Cricket Australia’s books but has been unable to nail down a permanent place in the Test line-up, Fairfax Media reported Monday.

”Yeah, I guess it would be nice to get a few games back to back and get that rhythm,” Starc said.

“But to have a chance at that consistency that everyone talks about — ‘you’ve got to be more consistent’ —well, it’s a bit hard when you play one game and you’re dropped.”

Prominent ex-players and the media have regularly criticised Australia’s contentious use of the player rotation policy, particularly for fast bowlers, designed to guard against them breaking down from too much cricket.

Test leg-spin great Shane Warne once said: “When we were number one there weren’t mission statements flying around, but we got the selection process right and the best 11 were selected for every game.”

Starc, who has taken eight wickets in two matches at 27.12 in the Ashes series, said he had to show at training he was ready to return to the team.

”I’m pretty happy with where my reverse swing bowling is and how much I am getting the ball to swing but I guess it’s doing more damage with the new ball and being more consistent when the ball isn’t doing anything at all… so I know where I need to get better and it’s just a matter of doing it.”

Starc hopes to return for the final Test at The Oval on Wednesday having bowled in Australia’s practice match against the England Lions in Northampton while Ryan Harris and Peter Siddle were given a break.

Tripura finish on top against TNCA XI on Day One