Ben Stokes has promised not to take a backward step when he faces Australia again in the upcoming Ashes series.

London: England all-rounder Ben Stokes has promised not to take a backward step when he faces Australia again in the upcoming Ashes series. There has been speculation Australia will try to get under the skin of the feisty Stokes, who appeared decidedly unimpressed when ‘saluted’ off the field by West Indies’ Marlon Samuels during England’s drawn series in the Caribbean earlier this year. Read: Ashes 2015: Trevor Bayliss wants England to ‘fight fire with fire’ against Australia

But amid all the talk of whether the Ashes, which begin with next week’s first Test in Cardiff, will be blighted by ‘sledging’ or verbal abuse of opposition players, Stokes said he was ready for whatever came his way.  “I’m definitely expecting there to be some feuds out on the pitch,” Stokes said at an event staged by series sponsors Investec in London on Thursday. “I don’t go looking for it, but if someone comes at you on the pitch in the heat of the moment and the adrenaline is going then no one in this squad is one to shy away from it,” he added. Read: Mitchell Johnson expecting few heated exchanges with Ben Stokes

“We all have different ways of handling it. Some guys walk away from it and don’t get involved but I’ll look them in the eye and probably say something. I think it’s a strength of mine. Being in a battle, you don’t want to be the loser. I don’t want to take a backward step and let them know they are on top of me, or that they can say what they want and get away with it,” he said.

Stokes, a 24-year-old seam-bowling all-rounder and son of former Kiwi rugby league international Ged Stokes, scored a dynamic hundred during England’s First Test victory over New Zealand earlier in the season. He also provided one of the few England highlights as they were thrashed 5-0 during the last Ashes series in Australia, in 2013/14, with a defiant 120 in the Third Test in Perth.  Stokes said the attacking way England had played in their recent 3-2 one-day international series win over New Zealand, beaten by Australia in this year’s ICC Cricket World Cup 2015 final, would serve them well in the Ashes despite the change of format. Read: Ashes 2015 without sledging will lack flavour

“My Ashes memories are not too good but we are taking a lot of confidence into this series,” Stokes said of an England team that will, for the first time, be coached by an Australian in Trevor Bayliss. “We want to carry on the good form that we have strung together. One-day cricket is now coming into Test cricket — strike rates are up to 60 or 70 (runs per 100 balls). We have a young middle order who like to play their shots. We have the confidence to play how we want to play, no matter what the situation. Carrying on like that will do us the world of good this summer. It’s not all about hitting fours and sixes, it’s about having intent in everything you do. We will still have the same approach. Australia might have a better bowling line-up, with a bit more pace (than New Zealand), but we will have the same approach,” he said.

But pace-man Broad said it would be asking a lot of Johnson to replicate his form in England — where Australia haven’t won the Ashes for 14 years.   “I expect us to cope with him better than we did,” Broad said. “We’ll have to. He had an incredible series so we have to play him a lot better here but we have a lot of talent,” the three-time Ashes-winner added. “Our batsmen have experience of scoring lot of runs here,” he said. Read: Shane Warne warns James Anderson, Stuart Broad of Australian sledging 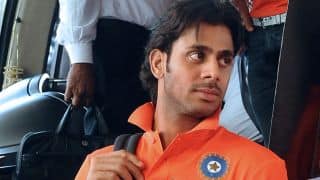 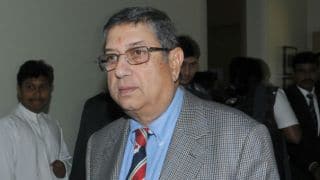