England and Australia will finally face off in the first Test of The Ashes 2015 at Sophia Gardens, Cardiff, starting July 8, 2015.

England and Australia will finally face off in the first Test of The Ashes 2015 at Sophia Gardens, Cardiff, starting July 8, 2015. This will be only the second Ashes Test at Cardiff of all time. The last time these two sides faced off at this venue was in The Ashes 2009, when James Anderson and Monty Panesar memorably hung on for a desperate draw in what was a thrilling match. SCORECARD: England vs Australia, 1st Ashes 2015 Test at Cardiff

Since then, both sides have come a long way. It has been six years, and the personnel from either side look remarkably different. Only Alastair Cook, James Anderson, and Stuart Broad remain from the England XI that played in 2009, while Michael Clarke, Brad Haddin, Mitchell Johnson, and Peter Siddle are the survivors for Australia.

This series has been hyped a great deal, and rightly so. There has been no cricketing rivalry quite as long-lived as England and Australia’s. The hosts have been undefeated at home since the monumental Ashes 2005, though the visitors are the defending champions, having thoroughly humiliated England 5-0 in the 2013-14 Ashes Down Under.

England are coming off two drawn series, one each against West Indies and New Zealand. While the series in the Caribbean was largely disappointing, the manner in which England played the Black Caps was a breath of fresh air. The likes of Ben Stokes and Adam Lyth established themselves, and England played some wonderful attacking cricket.

Australia were overwhelming favourites for The Ashes 2015 at the start of the year, but ‘New England’ have made the equation a lot less open-and-shut. England seem to be peaking at the right time. Alastair Cook has finally regained his lost touch, Joe Root has been in phenomenal form, Jos Buttler has looked like a genuine threat down the order, and Stokes has the potential to fulfill the role that Andrew Flintoff and Ian Botham immortalised.

For Australia, David Warner and Steven Smith face a huge test. Both men have done exceptionally well in recent times, and will have the responsibility of leading the Australian batting. Smith will especially have to prove that his recent purple patch was no fluke.

On the bowling front, both teams are evenly matched. Anderson and Broad are potent adversaries anywhere, but at home they are in a league of their won. They will have Steven Finn and Mark Wood to back them up, while Moeen Ali or Adil Rashid will perform the spinners’ role. On the other hand, the Australian attack of Johnson, Mitchell Starc, Josh Hazlewood, Siddle, Pat Cummins, Fawad Ahmed, and Nathan Lyon looks a dangerous one. Ryan Harris’ retirement will definitely hamper Australia, but one feels they have enough depth in the side to cover up his absence.

Johnson, Starc, and Hazlewood will most likely find spots in the starting XI, though there is not a huge probability of Siddle or Cummins being a part of the side. One feels Ahmed might be given the go-ahead as well after Lyon had a poor outing in the practice match against Essex.

The only real question Australia will face is which of the two pace-bowling all-rounders to select: Mitchell Marsh or Shane Watson. Marsh seems the likelier candidate given his stupendous form in both practice matches, though Watson’s experience will stand him in good stead as well.

This match will set the tone for the rest of the series. It is almost impossible to call at this stage, though England’s home advantage is tough to argue against. If at all a number is to be assigned, it would be 55-45 in favour of the hosts, but all that could change within the first hour of the series. 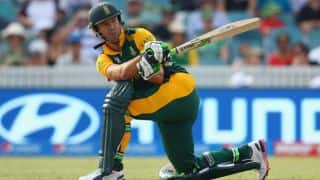 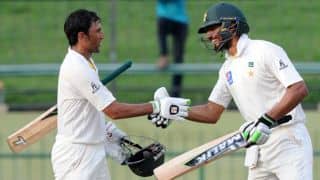