Ashes 2019: Being part of that think-tank is pretty cool: Ben Stokes proud to be England's vice-captain again

Ashes 2019: Being part of that think-tank is pretty cool: Ben Stokes proud to be England's vice-captain ag

Stokes was stripped of the role in 2017 following a late-night brawl in Bristol but was restored as Joe Root's deputy ahead of the five-Test series against Australia.

Ben Stokes has revealed the pride he felt after being reinstated as England‘s Test vice-captain ahead of the Ashes series starting this week.

Stokes was stripped of the role in 2017 following a late-night brawl in Bristol but was restored as Joe Root’s deputy ahead of the five-Test series against Australia, which begins in Birmingham on Thursday.

Jos Buttler had been acting as Root’s right-hand man but was happy to pass the baton back after England and Wales Cricket Board (ECB) director of men’s cricket Ashley Giles and chief executive Tom Harrison recommended Stokes’s restoration.

Speaking on a weekend visit to his old club in Cumbria, the 28-year-old said: “I love having that responsibility and it is something that I thoroughly enjoy doing. I take pride in being vice-captain. Being part of that think-tank is pretty cool.

“I am very good friends with Joe as well, off the field, and as much as I can do to help him through his career, not just as a captain but as a player as well, I am really looking forward to that challenge.

“I think it would have been just as exciting anyway. Playing in an Ashes series is always special and they don’t come around that often but being named vice-captain again was very good words to hear when I got the call.”

Stokes missed the last series against Australia in 2017/18 after he was stood down by the ECB following events in Bristol.

He will start the Ashes campaign buoyed by his man-of-the-match performance in the World Cup final but is now switching focus.

“Everything is sort of on the Ashes now,” he said. “We have had that time to let everything sink in and reflect on that amazing seven weeks we have had in the World Cup, but the World Cup was half of the journey that we wanted to achieve this summer and the other half is winning the Ashes.

“Everything has been focused on what we are going to do to beat the Australians. It is going to be a busy six weeks. Five Test matches against Australia isn’t easy.” 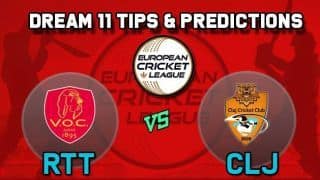 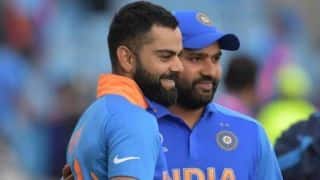