Ashley Giles has paid rich tributes to Ben Stokes saying he commands a tremendous respect in the dressing room.

An ugly brawl outside a Bristol bar in 2017 had threatened Ben Stokes‘ surging international career. He was dumped as England’s Test vice-captain, missed the Ashes tour of Australia, was suspended and then handed a backdated ban and fined alongside teammate Alex Hales for bringing the game into disrepute.

Fast forward to July 2019. Stokes has not only has played a heroic role in guiding England to their maiden ODI World Cup title but has also been handed back the Test vice-captaincy for the Ashes 2019.

Stokes has left behind the ugly turn of events, regaining his position as the game’s premier allrounder. Ashley Giles, the team director of England’s men cricket, has paid rich tributes to the New Zealand-born Stokes saying he commands tremendous respect in the dressing room.

“He is highly respected within the team environment,” Giles said. “He is a natural leader and has a great understanding of the game. He will offer tremendous support to Joe Root as part of the senior playing group.”

Jofra Archer, who delivered the Super Over in the world cup final, also credited Stokes for giving him the confidence during the nerve-shredding moments. “If we had lost today, I don’t know what I would have done tomorrow,” Archer had said. “But Ben Stokes told me even before the over: ‘Win or lose, today does not define you. Everyone believes in you.’ He came to talk to me because of Kolkata. He probably went through the same emotions but was on the losing side.”

Stokes will take over the vice-captaincy from Jos Buttler. 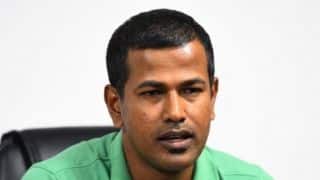