Tim Paine was kept away from wicketkeeping duties during a tour match against Worcestershire post their win in the Ashes opener at Edgbaston.

Australia Test captain Tim Paine was kept away from wicketkeeping duties during a tour match against Worcestershire post their win in the Ashes opener at Edgbaston.

During the three-day drawn game, Paine played as a batsman and marshalled his troops as a fielder rather than as the ‘keeper, his usual role. In his stead, Matthew Wade was handed the gloves.

The move served dual role giving Paine some much-needed rest and keeping Wade ready to don the role should a need arise in the remaining four matches of the series.

But Paine has made it clear, he didn’t enjoy the new role with a cheeky remark. “I didn’t really enjoy it, it was a bit boring,” Paine said when asked of his perspective as a fielder.

In fact, Paine said it’s an advantage captaining a side being a wicketkeeper as it allows him a much wider perspective on different aspects of a game ranging from the ball movement to whether his bowlers are fresh or tired.

“People have said in the past that being a wicketkeeper and a captain might be a disadvantage. Now that I’ve done it a bit more, I see it as more of an advantage,” Paine remarked.

He added “I can see ball movement, see or feel when a bowler’s getting tired from the way he’s hitting my gloves and I can see exactly where a batsman is moving to, or what mark he’s batting on and stuff like that.”

The 34-year-old Paine found captaincy a bit harder against Worcestershire and is looking forward to returning to behind the stumps. “So, I found it a little bit harder in this game, when you can’t see exactly what’s happening. You’re relying on other people’s information a lot. It was nice to have a bit of a spell from wicket-keeping but I’m looking forward to getting back behind,” Paine said.

The second Test starts from August 14 at Lord’s. 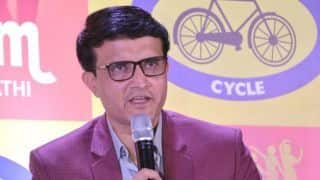 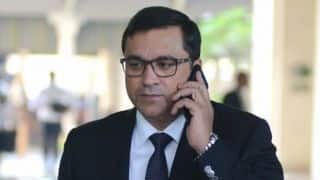