James Anderson, who has been ruled out of the second Ashes Test due to an injury, is a massive loss for England, says Pat Cummins.

James Anderson, who has been ruled out of the second Ashes Test due to an injury, is a massive loss for England, says Australia pacer Pat Cummins.

Anderson left the field at lunch on Day 1 of the Edgbaston Test after bowling just four overs. He didn’t bowl again during the Test after scan revealed he had again injured his calf.

“We haven’t really spoken about it too much to be honest,” Cummins was quoted as saying by Sky Sports. “It’s unfortunate for them that he went down early in the first game, it’s no secret that he is a massive loss. He’s been their highest wicket-taker and is arguably the best bowler in the last few Ashes series.”

He added, “Soon as he went down I felt like there was a real opportunity in the second innings to try and get some overs to their bowlers and bat well – luckily we did.”

After Anderson, England’s fast bowling stocks were further hit by injuries to Mark Wood (ruled out of entire season) and Olly Stone (out for two weeks). That has put Jofra Archer in prime position to replace Jofra Archer to make his Test debut at Lord’s.

England are hoping Archer’s pace will add another dimension to their bowling attack as they aim to draw level. “Some of the boys have played against Jofra at the World Cup or with him in the IPL or Big Bash League, so he is not an unknown. We’ll do our homework,” Cummins said.

Archer was also suffering from a side injury from which he seems to have recovered after playing for a Sussex second XI, taking six wickets and scoring a century for them.

Meanwhile, former Australia captain has predicted a 5-0 win for the tourists. I can see a five-nil coming up here, Chappell told Australia s Channel 9. I said before the series that I thought if England lost the first Test they could crumble very quickly, we saw them crumble out here and we ve seen it happen a couple of times I could see it happening again. 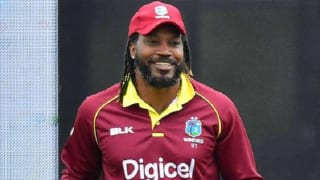