Australia batsman Steve Smith is edging closer to full fitness as he targets a return to play in the fourth Ashes Test at Old Trafford next month.

Australia batsman Steve Smith is edging closer to full fitness as he targets to play in the fourth Ashes Test at Old Trafford next month.

Smith is recovering after diagnosed with concussion as he was hit on the neck by a bouncer from England‘s Jora Archer. He was temporarily removed from the field after the impact as he returned to complete his innings. However, the next day, he complained of grogginess and headaches which resulted in him being pulled out of the final day’s play before being subsequently ruled out of the ongoing Headingley Test.

Smith was allowed to undergo a light net-session, receiving throwdowns for about 15 minutes along with jogging. He is now set to play in a three-day tour match for Australia against Derbyshire starting Thursday with the aim of getting fully fit for the fourth Test at Old Trafford that starts from September 4.

Smith scored twin centuries on Test return that helped Australia win the series opening match in Edgbaston before scoring a gritty fifty 92 at Lord’s. He was pulled out of Australia’s second innings as they battled to save the Test.

His replacement Marnus Labuschagne scored a half-century to ensure a draw and has also struck fifties in both the innings of the ongoing Test which is headed towards a tasty finish.

England’s James Anderson will also be playing in the Derbyshire match as he is also in race to get fit for the fourth Test nursing a calf injury. 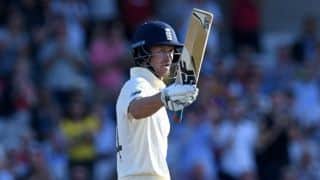 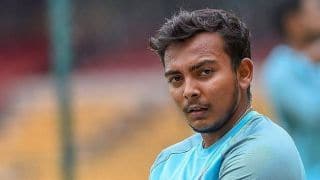