Steve Smith‘s twin centuries at Edgbaston deflated England, setting up a comprehensive win for Australia. And now the hosts are plotting different strategies to rein in Smith whose appetite for run seems to have grown during his 12-month ball-tampering ban.

Stuart Broad dismissed Smith in the first innings after the latter’s century led a revival to put Australia back in the contest on the opening day of the first Ashes Test.

Australia were 122/8 and recovered to be bowled for 284 as Smith scored 144. In the second innings, while the situation wasn’t dire, his 142 set up the tourists en route to a big lead which eventually proved more than enough for a 1-0 lead.

READ: I did all the rehab, there’s nothing else we could have done – Anderson

Naturally, dislodging Smith early is on the top of England bowlers’ agenda. One of the measures they seem to have taken in this regard is the inclusion of left-arm spinner Jack Leach in their 12-man squad.

Smith has an apparent weakness against left-arm spinners but Broad, like former captain Mike Atherton, isn’t going to read too much into it. “People have put forward an argument based on statistics that Steve Smith has a potential weakness against left-arm spin,” Broad wrote in his column for the Mail. “One thing I would say is that the numbers are skewed somewhat as he was up against Rangana Herath in his pomp in Sri Lanka three years ago and some high-quality bowlers in India over the years.Having witnessed how much the ball turned in Sri Lanka last year and knowing how pitches on the subcontinent can play from day three onwards, I would say 34 is a bloody good average.”

Instead, Broad wants England to not ‘over-complicate things’, suggesting ‘lateral movement’ could be the key to solve Smith puzzle.

” you have to remember since 2013 he (Smith) averages more than 100 in the first innings of a Test match, in excess of 62 through his career and in the first Test he only showed a weakness when he got to 140. I don’t think we want to be over-complicating things when it comes to him because, as we saw in 2015, if he bats on slow pitches that don’t move laterally he scores huge but, if he plays on pitches that nibble, he can be dismissed cheaply,” Broad observed.

The express pace of Jofra Archer is being considered as another potent weapon that could hand England a different dimension at Lord’s. Again, Broad has his reservations. “Everyone is talking about the extra pace of Jofra Archer being another way to dislodge him but he averages in excess of 90 against bowlers who bowl more than 86mph. So it’s not necessarily a certain pace or a style of bowling that will help us dismiss him. It’s whether we can stick to plan A as long as possible,” Broad wrote.

He added, “Remember, this is a guy who consistently scores huge amounts of runs, so if we can break him early or even get him for under his average, will it send shockwaves through the Australia team? As an opening bowler, I’m visualising getting him inside my first two spells and, if he is out inside the first 30 overs, what’s that doing to their changing room?” 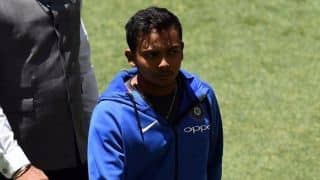 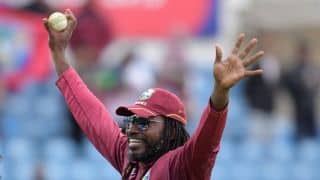