Taylor has full faith that Smith will return a much-improved captain.

Former Australia captain Mark Taylor feels Steve Smith is fully capable of returning as a better leader once his ban expires in March 2020. Smith, following his involvement in the sandpaper-gate incident last year, was suspended for 12 months and wasn’t allowed to take up any leadership role for 24 months.

ALSO READ: Ponting has no issues with Smith returning to captaincy

Talks of Smith’s potential return as captain caught steam when he was seen animatedly discussing tactics and strategies with skipper Tim Paine during England‘s first innings. With questions over Paine’s credentials as captain, Australia could well be tempted to re-appoint Smith at the end of March next year, with Taylor having full faith that Smith will return better and much-improved.

“I have no doubt,” Taylor said on Sky Sports when asked if Smith could captain Australia again. “Surely you’re allowed to make a judgment error and come back again as a leader. “Many other leaders have made mistakes and come back better leaders and I think Steve Smith will be a better leader if he is afforded that opportunity.”

It’s a thought that was echoed by another former Australia captain Ricky Ponting, who has no issues with Smith taking charge. Taylor reckoned Smith was back on the road to redemption the moment he addressed an emotional press conference. The Cape Town Test in 2018 was Smith’s last before his comeback game in the first Ashes Test at Edgbaston. Smith became the first Australia batsman since Matthew Hayden in 2001 to notch up twin centuries in an Ashes Test, putting Australia in a solid position.

“Steve Smith started winning the Australian public back the moment he got back from South Africa,” Taylor said, referring to Smith’s press conference at Sydney Airport after arriving home from Cape Town.

“He made a judgment error by not stamping out something he thought was going on or felt was going on in the change room and he didn’t jump on it, that’s all he did, and for that he’s missed a year of play. People straight away when he came back and had that press conference knew that he knew he’d made a mistake and was very sorry for that.” 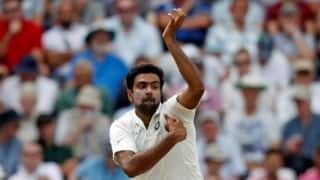 Ravichandran Ashwin is July's PCA player of the month 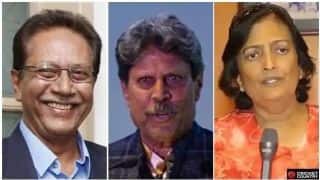