Bancroft was banned for nine months for ball-tampering in a Test against South Africa in Cape Town last year.

Cameron Bancroft says he has been “completely accountable” for his role in the Australian ball-tampering scandal as he prepares to make his county cricket bow as Durham captain, with an Ashes return in his sights.

“We all make mistakes and I guess it’s how you’re able to grow as a person, in admitting and being honest with yourself about those mistakes,” said Bancroft, 26, who used sandpaper to alter the condition of the ball.

“I certainly have been and, as a person, that’s something that I’m completely accountable for and I wouldn’t have it any other way.” (ALSO READ: Taylor, Chappell, Healy question Cricket Australia s ball-tampering review)

Bancroft, who has played eight Tests for Australia, has his sights set on regaining his spot in Australia’s Test side ahead of this year’s Ashes series in England.

However, his immediate thoughts are with Durham, where he has been appointed captain for their campaigns in the County Championship and One-Day Cup. (ALSO READ: James Pattinson a ‘two-Test’ match-winner in Ashes: Andrew McDonald)

Speaking at the club’s Chester-le-Street ground on Wednesday, the Australian added: “The aspiration to play Test cricket is certainly in my mind and where I’d love to be one day. But I also can’t be there. I’m here right now.

“(Playing for Australia) would mean a lot to me, definitely. But I also know that I’ve got a lot of great things in my life.

“Even just playing club cricket back home in Perth, it’s a game I felt like where you get self-absorbed and single-minded in your pursuits to achieve things but at the forefront is just the enjoyment of it all. (ALSO READ: Time heals: Australian cricket on the mend after torrid 12 months post ball tampering)

“If I do that then I know the results will take off themselves, hopefully. Hopefully it will happen one day.” The Hundred is cricket's Brexit: Wisden lashes out at new 100-ball competition 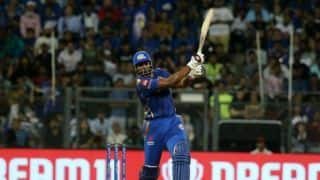