Indian selectors on Monday picked the national squad for the first T20I against New Zealand.

Indian selectors on Monday picked the national squad for the first T20I against New Zealand. The match, which will be played at Feroz Shah Kotla on November 1, is set to be Ashish Nehra’s last international appearance. He announced the same earlier this month. However, MSK Prasad’s statement could well thwart the veteran pacer’s plans. The chairman of selectors confirmed that “there is no assurance” from the selectors’ side.

Earlier, Sunil Gavaskar had raised the question if Nehra was good enough to fit in the full-strength XI. The selectors have named him in the squad, but the Delhi left-armer did not play either of the games in the T20I series against Australia.

India have never beaten New Zealand in a T20I and therefore, it becomes all the more important for the hosts to field a full-strength side.

We have clearly communicated to the player, i.e Ashish Nehra and to the team management that we are only looking at him till the New Zealand series. If you have seen the pattern with which we have selected the India A players, the same bowlers we have been continuing with for the last one and a half years on all A trips, that means they are very much in line. They have really done well in South Africa, also at home against New Zealand. This message has been clearly communicated and we are very happy that the player also needs to take it in the right spirit that the new generation is coming up, Prasad added. 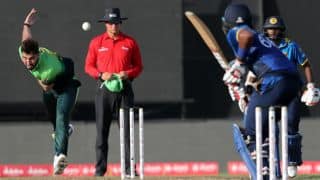 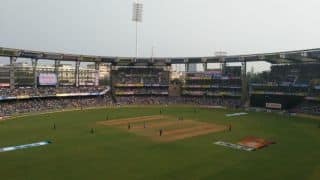