Ashton Agar is chasing a Test return and feels that the advice given to him by the Australian spin legend Shane Warne will help him regain his place in the team. 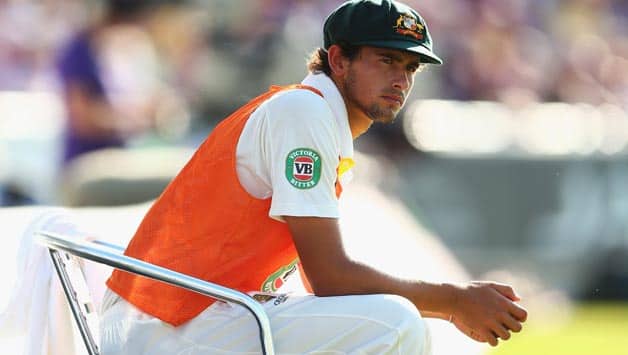 Ashton Agar is chasing a Test return and feels that the advice given to him by the Australian spin legend Shane Warne will help him regain his place in the team.

Agar made headlines when he scored a record-breaking 98 on his debut batting at No 11 in the first Ashes 2013 Test at Trent Bridge. But Agar, who was selected primarily as a bowler, picked up only two wickets in two Test matches at an average of 124.

He was replaced by off-spinner Nathan Lyon in the remaining three Test matches. Now with the arrival of Fawad Ahmed in the scheme of things the left-arm spinner is in a three-way tussle to claim the spot of the spinner.

Agar talked to his childhood icon Warne before the third Test in Manchester. “He just talked a lot about game sense, tactical moves and everything that comes with spin bowling,” Agar was reported saying by Cricket Australia‘s official website.

Agar said he learnt a lot from the master. He said that Warne had the ability to keep coming at the batsman with a great tactical mind and theatrical side.

The beginning of the Sheffield Shield is an important moment for Agar to win back his Test spot before the return Ashes.

Western Australia coach Justin Langer said Agar learned a valuable lesson from his axing in the Test series. “It’s a tough time in the sense he was left out, but he’ll be better for this experience,” said Langer.

Lance Klusener: The 'Zulu’ who was one of the world’s best all-rounders