Prince, was among the most experienced cricketer in the selection panel, which also includes the likes of convener Linda Zondi, Hussein Manack and Errol Stewart.

Former South African middle-order batsman, Ashwell Prince has resigned has from his post as a national selector, as he wishes to switch to full-time coaching. Prince, was among the most experienced cricketer in the selection panel, which also includes the likes of convener Linda Zondi, Hussein Manack and Errol Stewart. Prince had coached the South Africa ‘A’ team on their recent tour of Australia and a ‘conflict of interest’ was one of the major reasons for him stepping down as a national selector.”I was working on the SA A tour (to Australia last month) as a coach,” Prince said as quoted by Cricbuzz. “I do want to venture into coaching and… there’s a conflict of interest with me being a selector and working quite closely with the players.”

He added, “It’s probably not fair to the players that I work with some of them and understand their weaknesses and then take that into a selection meeting. On the back of that I thought the best thing to do was to put my energies into where I thought I could make a bigger difference,” he added.

Prince has received a possible coaching offer from Cape Cobras, headed by chief coach Paul Adams, but it looks like he is still undecided. “(Cobras head coach Paul Adams) has approached me but I’m still weighing up my options,” he said.

On the other hand, Cricket South Africa (CSA) has not officially announced Prince’s resignation or named his replacement. Prince has played in 66 Tests, 52 One-Day Internationals (ODIs) and one T20I for South Africa. 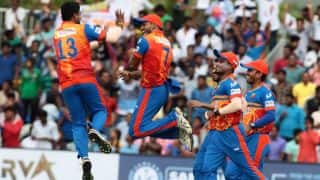