Afghanistan's spin attack poses a serious threat to Sri Lanka, who need to win after losing to Bangladesh.

Sri Lanka face Afghanistan in game three of the 2018 Asia Cup in Abu Dhabi on Monday with their reputation and participation on the line, which is not a situation they would have hoped for when they landed in the UAE with injuries threatening to derail their campaign.

Defeat by 137 runs to Bangladesh in the series opener on Saturday has turned this match against Afghanistan into a must-win for Angelo Mathews team. Win, and they will need Bangladesh to beat Afghanistan to help them into the Super Four stage. Lose, and Sri Lanka will have to fly home.

Afghanistan, ranked two places behind Sri Lanka at 10th, pose a serious threat. Over the past 12 months they have won 11 of 18 ODIs, which includes a 4-1 series victory over Zimbabwe and two wins over West Indies during the 2019 ICC World Cup Qualifiers. Critically, unlike Sri Lanka and Bangladesh they do not have injury worries and the fact that they are now a Test nation will also add to their confidence.

That this is only their second Asia Cup should not reflect that Afghanistan are minnows. They have beaten bigger teams before, and now that they re up against a wounded Sri Lanka facing elimination, this crunch game has taken a very different shape – one that could see Asghar Afghan s spin-strong outfit rise to the occasion.

Weather: Hot and humid with a high of 39 degrees

Three wicketless and expensive overs against Bangladesh could see Dilruwan Perera benched for Akila Dhananjaya. A duck for Kusal Mendis was his fifth in the last 20 ODI innings, which is how long it has been since he last crossed 50. His place could go to Niroshan Dickwella as opening partner to Upul Tharanga.

With no injury concerns, Afghanistan can play a strong team to start off with. Mohammad Shahzad, their punchy opening batsman, has a poor tour of Ireland and did not play all the ODIs, so his form is patchy. As always, so much rests on the contributions of Mohammad Nabi and Rashid Khan, who could prove a very tough ask for Sri Lanka s misfiring batsmen.

– Against Afghanistan in the Asia Cup, Sri Lanka have a 1-0 record. When they last met in ODIs during the 2015 World Cup, Sri Lanka won by four wickets. These are the only times the teams have met in ODI cricket.

We made a lot of mistakes. The decision making by the whole batting unit was poor. – Angelo Mathews

We are in a tough group where all three teams have equal chances. It is true we are the least experienced of the three teams in our group but we have arrived full of hope. – Asghar Afghan 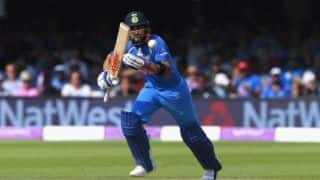 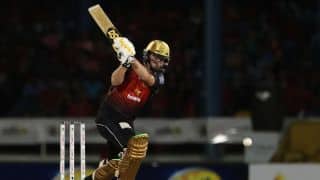