Kedar Jadhav hurt his hamstring on Friday and an update on the extent of his injury will be known in the coming days.

In April this year, Kedar Jadhav was the hero for Chennai Super Kings (CSK) who marked their return to Indian Premier League with a thrilling win against Mumbai Indians. Battling a hamstring injury Jadhav had left the chase midway. With CSK nine wickets down, he returned and struck a boundary off the penultimate delivery to seal a one-wicket win.

Fast forward to Friday night in Dubai and a similar story unfolded. The stage was the Asia Cup final against a spirited Bangladesh. He needed attention from team physio Patrick Farhart after hurting his hamstring while attempting a quick single. He walked off the field only to return when India slipped to 212/6 after the dismissal of Ravindra Jadeja in the 48th over. He was limping but battled through the injury to see India home, taking the winning single off the final delivery of the chase.

After his CSK heroics, Jadhav missed the entire IPL season and India’s tour of Ireland and England later on. He made a comeback at the Asia Cup but as the tournament drew to a close, he was again hit by an injury.

“It’s at least Grade I or II tear. Let’s see tomorrow,” said Jadhav after the match when questioned on his injury.

On Saturday, PTI quoted a BCCI official as confirming the same saying an update will be given after scans in the coming days. “Kedar suffered a right hamstring strain which is the other leg from his previous problem. Scans will be done and update on the same will be given in a few days,” the official said.

“I’ve been in this situation few months back,” Jadhav said on his unbeaten 23 that guided India over the line. ” I knew the field will be up in the end and will be easy to take one or two. The way Kuldeep (Yadav) batted gave me confidence too.” 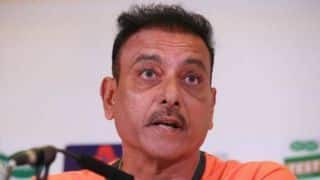 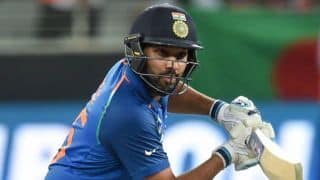