The 52-year-old, who is the highest wicket-taker for Pakistan in ODIs with 502 scalps went on to say that the team s performance in the Asia Cup has left him embarrassed.

Former Pakistan captain Wasim Akram lambasted the team s performance after they endured a second straight loss to India the ongoing 2018 Asia Cup in the UAE.

“It’s very disappointing, disheartening, Akran told India Today. I can understand winning and losing is part of the game but not like this. This has been a just one-horse race. India have been just incredible in this Asia Cup without their main player, without their captain.

With regular skipper Virat Kohli rested, stand-in captain Rohit Sharma has lead from the front and played a big role in both the matches against India, scoring an unbeaten 52 in chase 162 in the league stages and then 111 not out on Sunday in chase of 237.

I think Rohit Sharma did a great job as skipper. He is leading from the front, he’s getting runs and consistent runs and with ease. With him, Shikhar Dhawan is playing equally good, said Akram, who led Pakistan in 109 ODIs between 1993 and 2000, winning 66 matches.

Akram called for Pakistan to introspect after their failure to compete with India. He also questioned the team s schedule of playing below-par Zimbabwe and West Indies.

“Pakistan need to sit down and revisit their schedule. I am all for promotion of the game, I am all for going to Zimbabwe playing 5 one days and three T20s. Paying West Indies in UAE but that’s not going to improve their cricket. They might improve their records but not cricket, he added.

The 52-year-old, who is the highest wicket-taker for Pakistan in ODIs with 502 scalps went on to say that the team s performance in the Asia Cup has left him embarrassed.

“It’s quite embarrassing for me being an ex-Pakistani player, ex-Pakistani captain to see, like I said winning and losing is part of the game but not like that. This is just a one-sided game. It’s boring, it’s not good for television, it’s not good for spectators and I can imagine the whole country will be disappointed,” he added. 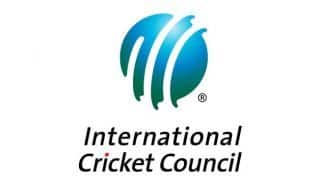