Marcus Trescothick has slammed tons in three of his last six innings.

Former England opener Marcus Trescothick continues his good from in the domestic set up with Somerset. At 40, Trescothick is showing amazing from, scoring runs at ease. He gave up his captaincy ahead of the season, but that does not seem to have impacted his batting. Former Australia opener Chris Rogers has taken over the leadership role from Trescothick. In his last six innings, he has struck three tons, including one in a university match against Cardiff. Trescothick played for England between 2000 to 2006, during which he played in 76 Tests, scoring 5825 runs at 43.79, including 14 tons. Trescothick was a prominent figure in the limited-overs setup, playing 123 One-Day Internationals (OD) and three T20 Internationals (T20I).  READ: Marcus Trescothick steps down as Somerset captain

Somerset are languishing seventh in the table in the Division One, with three draws in three games so far, with 29 points to their credit. Nottinghamshire currently lead the table with 37 points. In the previous match against Lancashire, Trescothick failed in the first innings, but managed to make up for it in the second innings, remaining unbeaten on 129 after Lancashire had asked his side to follow-on. READ: Christmas Day Special: Dream Team of cricketers born on December 25

After announcing his decision to step down as Somerset skipper, Trescothick said, “I have loved being Captain of Somerset.  It has been a tremendous privilege and honour to lead this great Club over many years but now is the right time for change. I will be giving Chris and Jim my unconditional support, as well as focusing on scoring as many runs as I can in the season ahead. I would like to thank all of the players, coaches and Members for their support during my tenure as the Club Captain.” 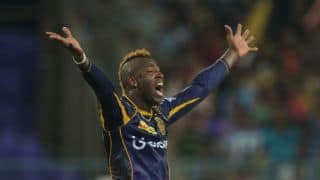