Tim Paine's side were already reeling after a comprehensive eight-wicket defeat in the Boxing Day Test that levelled the four-match series at 1-1.

David Boon of the Emirates ICC Elite Panel of Match Referees imposed the sanction after Tim Paine’s side was ruled to be two overs short of the target after time allowances were taken into consideration.

“In accordance with Article 2.22 of the ICC Code of Conduct for Players and Player Support Personnel, which relates to minimum over-rate offences, players are fined 20 percent of their match fees for every over their side fails to bowl in the allotted time. In addition, as per Article 16.11.2 of the ICC World Test Championship playing conditions, side is penalised two points for each over short.

Paine pleaded guilty to the offence and accepted the proposed sanction, so there was no need for a formal hearing.

Teams are penalised 20 percent of their match fees and two World Test Championship points for every over they fail to bowl in the allotted time.

The penalty took Australia back to 322 points but they retained top spot on the World Test Championship table, ahead of India.

After registering an emphatic win in the series opener at Adelaide Oval, Australia were blanked by the depleted Indian side, led by Ajinkya Rahane, by eight wickets in the second Test at Melbourne. The four-match Border-Gavaskar trophy is now levelled at 1-1. 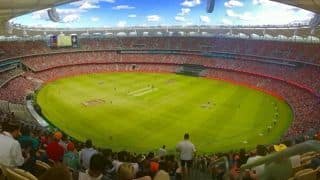