Nathan Lyon and James Pattinson starred with the ball as Australia beat New Zealand by 247 runs to win the second Test at the MCG on Sunday.

Nathan Lyon and James Pattinson kept Tom Blundell’s brilliant hundred in a shade to help Australia win the second Test by 247 runs and take an unassailable 2-0 lead in the three-match series against New Zealand at the Melbourne Cricket Ground (MCG) on Sunday. Chasing a stiff 488-run target for victory, New Zealand were reduced to 35/3 as Pattinson (3/35) claimed three wickets in nine balls including the one of skipper Kane Williamson for a duck.

Blundell, who could have been lbw in the first over, then staged a stupendous fightback with 121 off 210 balls before Marnus Labuschagne had him caught behind by Australia skipper Tim Paine to win the game. Trent Boult was absent hurt as the Kiwis were bowled out for 240.

Blundell shared a 54-run stand with Henry Nicholls (33) and then joined hands with stumper batsman BJ Watling (22) for a 72-run association on Sunday but Lyon (4/81) dismissed both of them. The offie also picked up the wicket of Colin de Grandhomme (9) and Mitchell Santner (27) to wipe off the visitors’ lower order and ending all the hopes of a comeback.

Earlier, Pattinson was on a role as he nabbed three Kiwi batsman in a stirring spell of fast bowling after Aussies declared on 168/5.

Nathan Lyon and James Pattinson starred with the ball as Australia win the second #AUSvNZ Test by 247 runs at the MCG.

The hosts take an unassailable 2-0 lead.

Blundell then delayed the hosts’ triumph with a counterattacking style of play and along with Nicholls and Watling showed a semblance of a fight. But once those two stands were broken, it was only a matter of time as Australia stretched their unbeaten run against trans-Tasman neighbours to 25 years.

The Aussies had thrashed Williamson’s team by 296 runs in the Day-Night opener in Perth.

The bulwark of Aussies’ victory was built around Travis Head’s 114 with helping hands from Steve Smith (85) and Labuschagne (63). The hosts put up 467 on the board in the first innings as Kiwi pacer Tim Southee scalped six wickets.

Australia bundled out New Zealand for just 148 runs to take a healthy 319-run lead as Aussie pacer Pat Cummins emerged with impressive figures of 5/28 while James Pattinson and Mitchell Starc picked three and two wickets respectively, putting their home side in commanding position.

The two sides will now square-off for the final time in the series from January 3 at the Sydney Cricket Ground (SCG) in Sydney. 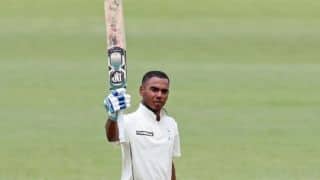 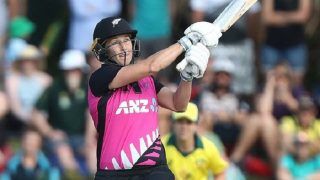