Australian selectors will delay the naming of Ashes squad as late as possible owing to the ICC World Cup that starts from May 30.

Australian selectors will delay the naming of Ashes squad as late as possible owing to the ICC World Cup that starts from May 30.

Parallel to the marquee event, Australia will also be sending an A squad to England which will play in five one-day games and three four-day games. Not only that, first two of those four-day games will start with the World Cup at its business end with the second match getting underway on July 14 the date of World Cup final.

“There’s no definitive date as yet but it will be as late as possible and we are certainly looking at a couple of those Australia A four-day games before naming the Ashes squad,” Trevor Hohns, national selector, was quoted as saying by cricket.com.au on Saturday.

The selection panel comprising Hohns, coach Justin Langer and Greg Chappell will be keeping a close watch on several tournaments including Australian domestic competition [Sheffield Shield], Indian Premier League, A team’s tour of England, County Championship as they make their team selections for the World Cup followed by the Ashes series in England.

“We’re certainly keeping a good eye on everything because it’s just not the World Cup, that’s the first one, then there’s the Ashes but we’ve also got Australia A going over there as well,” Hohns said.

He added, “It’s going to be a complicated time, it’s unprecedented to have that many teams all going to England. So we’ve got to make sure in Australia A we’ve got players playing who are contenders for the Ashes squad, also have some in there that are potential cover for any injuries that may occur in the World Cup. It’s a very interesting exercise.” 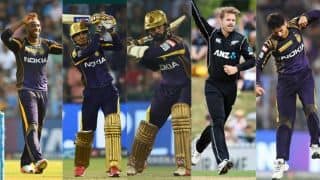 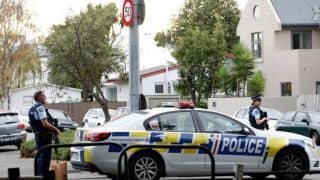