Australia are on their way to sealing the T20 series against England.

Having restricted England to a paltry 130 in the first innings, Australia have got off to an ideal start, scoring 76 for the loss of two wickets in the first half of their innings.

Australian openers, Cameron White and Aaron Finch displayed sheer urgency to get to the target as soon as possible, and thus seal the T20 series as well.

White, in particular, has taken a liking to the English attack, not out on 47 off 34 balls, aided by eight boundaries. Finch and White raced off to 48 in just five overs, before Finch lost his wicket to Tim Bresnan in the sixth over. Glenn Maxwell was sent in as the first change to keep up the momentum, but failed to do so as he holed out to Bresnan off James Tredwell in the seventh over.

White is currently batting alongside George Bailey, who is on 16 off 10 balls.

Australia need another 55 runs off 60 balls to win the match and the series. 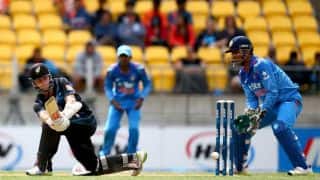 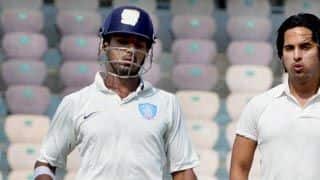