James Pattinson has revealed England made an offer to him to move to the country in 2011, when he had not played international cricket for Australia. 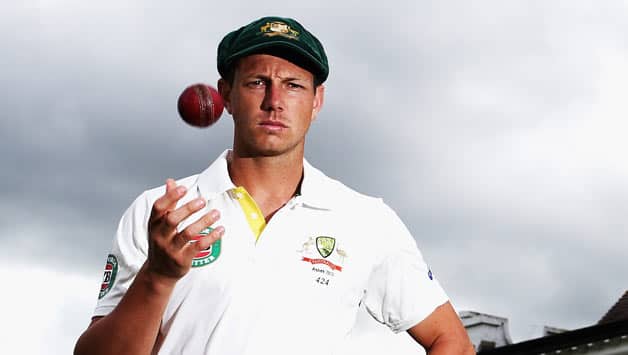 James Pattinson has revealed that England made an offer to him to move to the country in 2011, when he had not played international cricket for Australia.

According to the Guardian, James was visited by former Victoria and now England bowling coach David Saker and Andy Flower in the dressing room at the Melbourne Cricket Ground, where the offer to shift the loyalties was made.

However, James said he was not sure how serious the offer was.

Interestingly, James’s brother Darren played one Test match for England in 2008 against South Africa at Headingley, and did not get a chance to represent the country after that.

James said, “I came over here a lot as a young kid. The first time was when I was six and I’ve been over every couple of years up until now. My dad [John] is from Grimsby and my mum [Sue] from a little town called Wombwell, I think it’s in Yorkshire. She always talks about Dickie Bird. I think it’s the only umpire she knows.

“My dad still supported England when I was a young fella; it was like: ‘You should go and play over there’ and I was like: ‘No, no, no’. When I was six or seven we moved back over here to live. But we only lasted six months.  Mum didn’t like the weather so we went back. If she had, it might have been a different story,” he said.

“I have got a dual passport. When David Saker moved to be the coach over here, I hadn’t played for Australia. I was picked for two Twenty20s just after the Ashes, but I was 12th man in both of them and Sakes got Andy Flower to come and see me,” James revealed.

The 23-year-old pacer added: “I was in the dressing room at the MCG. I don’t know if Sakes was being serious. It was ‘come over and play, Darren’s playing over here’. I just thought he was mucking around so I laughed it off. It was quite funny. I have a good relationship with Sakes. He was my first bowling coach when he was at Victoria. He has the same sort of mentality that Darren [Lehmann] brings to us. He is a great man with great knowledge.”

James said he wasn’t tempted by the offer made by England, and didn’t think of leaving Australia.

“I owe a lot to Australian cricket. I wouldn’t be where I am now if it wasn’t for them,” he said.

James said his father did not like the way England treated his brother Darren.

“At that stage dad still supported English cricket a lot. He is quite a hard-nosed guy, quite stubborn, so he has always supported where he came from. But he didn’t like the way that Darren was treated over here and I suppose dad thought it was a bit harsh on him. It wasn’t Darren’s fault that he played and was made the scapegoat. It would have been a different story if England had won, of course. After that it was ‘go and play for Australia’,” James added.

Every player and player association in world cricket owes a lot to Tim May: Paul Marsh

Ashes 2013: Nick Compton lashes out at England after axe