His phone kept buzzing in the wee hours of the morning when Australia were being annihilated by South African bowlers in Cape Town and Mark Taylor could not believe what he saw when he turned on the television. 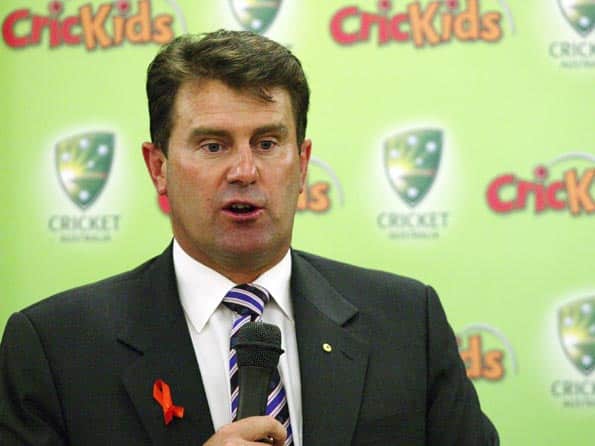 His phone kept buzzing in the wee hours of the morning when Australia were being annihilated by South African bowlers in Cape Town and Mark Taylor could not believe what he saw when he turned on the television.

Australia just about managed to avoid the ignominy of recording the lowest total in Test history as they were all out for 47 in their second innings of the first Test.

Taylor, a former Australian captain, had gone to bed when South Africa were 49 for one in their first innings at lunch but script changed dramatically after that.

Taylor felt he had missed a whole day of his life between the time he went to bed and woke up again.

“I was actually woken up by the phone buzzing at about 1.10am. I went to bed having watched the first session with South Africa 1-49 at lunch. When my phone buzzed it said Australia 7-21. I thought my phone was playing up to be totally honest.

“By the time I got to the TV to check it all out for myself I just saw Shaun Marsh become Vernon Philander’s fifth wicket and all of a sudden they were 9-21.

“I was trying to work out what had happened because for a moment I thought I’d missed a whole day of my life. Something like 18 wickets had fallen for about 70 runs since I’d gone to bed,” Taylor said.

The former skipper said the wicket was not such that the two sides suffered stunning batting collapses.

Before dismissing Australia for 47, South Africa were shot out by the visitors for just 96 in their first innings.

“I watched the first 10 or 11 overs of South Africa’s second innings and I thought then and there: ‘This doesn’t look to me like an all-out for 96 and 47 wicket’.

“I didn’t think for a minute it’s a batting paradise but I was absolutely shocked to see two sides fall for about 140 runs between them on the wicket I was watching towards the end of the day’s play,” Taylor was quoted as saying by the ‘Age’.

Taylor felt that Australia after gaining a good first innings lead may have a big target in mind and hence their batsmen might have tried bat aggressively and got out resultantly.

“I’m sure Australian batsmen then thought ‘Let’s take the attack to them. We’ve only really got to make about 150 here and they’re going to have to make 350 batting last.’

“I reckon that mindset probably came into it. A few guys playing some big shots and it was one of those days where they nicked them. Everything they hit in the air got caught and the bowling was outstanding. I suppose that’s the only way you can get bowled out for 47, particularly on day two of a Test,” he said.(PTI)