Australia added Joe Burns and the uncapped Callum Ferguson to their squad for the second Test against South Africa.

Perth: Australia added Joe Burns and the uncapped Callum Ferguson to their squad for the second Test against South Africa on Monday after opener Shaun Marsh was ruled out with a broken finger. Australia had originally named an unchanged 12 for the second Test in Hobart, starting on Saturday, but they are now counting the cost of their defeat in the first Test. As well as the absence of Marsh, batsman Adam Voges is also in doubt along with a hamstring problem. Australia went 1-0 down in the three-Test series when they lost by 177 runs in Perth on Monday. FULL CRICKET SCORECARD: Australia vs South Africa, 2nd Test at Hobart

Captain Steve Smith lamented the performance by Australia, who twice failed to bowl out South Africa, dropped catches and also batted poorly in the first innings. “Every aspect of our game needs some improvement,” said Smith. “I can’t fault our work ethic and the guys are working extremely hard. It is about doing things better in the middle and we haven’t be able to do that for a while. If we are going to stay in this series we need to turn it around straight away in Hobart.” Burns will replace Marsh, while Ferguson also joins the squad and uncapped pace bowler Joe Mennie, the 12th man in Perth, could win promotion. Nathan Lyon’s place in the team is under pressure after he failed to take a wicket in South Africa’s second innings at a coast of 146 runs. 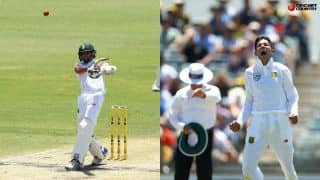 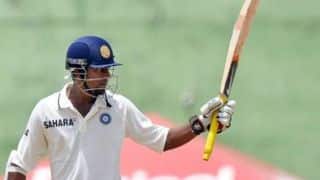