Phil Simmons said Jason Holder has an amazing ability to leave pressure on the field.

Melbourne:  West Indies‘ head coach Phil Simmons has praised captain Jason Holder for the way he has handled the constant pressure in the ongoing three-Test tour against Australia. The tour has been a calamity so far for the West Indies on the field, resulting in fierce criticism of players and Caribbean cricket in general from Australian media and television pundits, reports CMC. However, Simmons said the 24-year-old Holder had faced up to the challenges well and was displaying all the attributes of a good leader. “Jason has an amazing ability to leave the pressure on the field, and I think that is one of his strong points,” Simmons told media here on Thursday. READ: Phil Simmons calls for more intensity from West Indies cricketers on Australia tour

“When he comes off the field, he knows there’s pressure on him as captain and there are things to do but he’s able to relax – if you can say relax – when he comes off and think about things rationally.” Holder has led the West Indies in only three Tests following his appointment last September, after wicketkeeper Denesh Ramdin was sacked. He endured a baptism of fire in Sri Lanka as the Windies lost both Tests, and his painful initiation continued when the West Indies were hammered by an innings and 212 runs in the first Test in Hobart a fortnight ago.

Despite this, Simmons said Holder had remained focussed and was taking everything in his stride. “He knows there’s a lot of pressure from being West Indies captain and he’s taken to it like a duck to water. He knows what he has to do,” the Trinidadian explained. “He speaks his mind to the players when they don’t do what he expects them to do – which is what I expect of a captain – and he praises everybody when they do well, so I think he has the right attributes and he’s coping with the pressure really well.” Jason Holder: West Indies have to put a collective effort in remaining Tests against Australia

Simmons, a former West Indies all-rounder, said Holder had been helped by advice from among the playing squad and the support staff – especially chairman of selectors Clive Lloyd who arrived here last week. “He’s getting a lot of help. On the field you can see help, especially from Jerome Taylor in the changing of bowlers and talking to bowlers and things like that, and off the field from the coaching staff,” Simmons noted.

“I’m sure he’s getting help from someone like Clive Lloyd. I’m sure he’s speaking to him because, as one of the greatest captains we’ve had, he would’ve gotten a lot of advice from Clive too. I always think having Lloydie (Clive Lloyd) around is a good thing because guys go speak to him one-on-one, and even in the nets at the back end, you can see him speaking to (players), so I think it’s a good thing to have him here.” The West Indies are preparing to face Australia in the second Test starting Boxing Day at the Melbourne Cricket Ground. 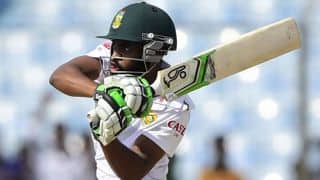 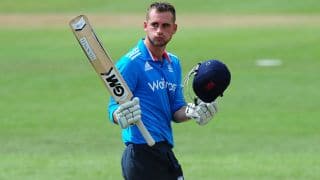