Richie Richardson added West Indies are giving their best but can give a bit more.

Melbourne: West Indies team manager Richie Richardson has admitted that his side can perform ‘a bit more’ at times, but insisted that the Caribbean side are generally giving their best. West Indies received widespread criticism on their body language, with veteran batsman Marlon Samuels largely looking disinterested on the field during their humiliating innings and 212-run defeat against Australia in the opening Test in Hobart. Reflecting his views on the team’s casual demeanor, Richardson insisted that his players were extremely lively and upbeat, adding that they were working hard to turn things around for themselves, News.com.au reported. Richie Richardson: West Indies should back themselves against Australia

The former West Indies skipper, however, admitted that his side were going through difficult times and, therefore, called on them to display a concerted effort. The tourists, which are currently trailing 0-1 in the three-match Test series, were bundled out for 271 in reply to Australia’s first innings score of 551-3 on the third day of the second Test.

Earlier in the month, Richardson had urged West Indies to back themselves, “When I played the game I never underestimated anyone,” he said. “On any given day you can get the better of somebody, but you have to back yourselves. That’s how I played the game and that’s how I talk to the players. You have to believe you can conquer. If you do that you start to gain respect, you start to find yourself being on the same level as them and probably going past them, concluded Richardson. READ: Richie Richardson doesn’t want West Indies to peak too early 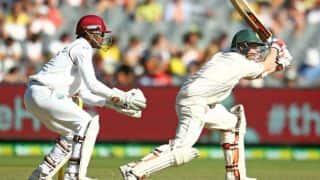 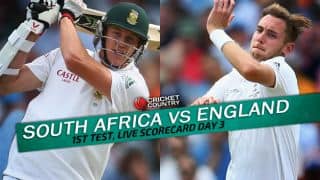