Australian John Ward who was umpiring the Ranji trophy match between Tamil Nadu and Punjab on Tuesday suffered head injury when he was hit by a ball.

Dindigul (TN): Australian John Ward who was umpiring the Ranji trophy match between Tamil Nadu and Punjab on Tuesday suffered head injury when he was hit by the ball driven by Punjab batsman Rajwinder Singh. According to police, the umpire fainted had was rushed to a hospital at Palani where his condition is stated to be serious. The batsman was facing Chandrasekhar when he drove the ball which hit Ward, who was functioning as the main umpire. Visitors Punjab took firm control of their Group B Ranji Trophy cricket match after bowling out Tamil Nadu for a meagre 68 and then extending their first-inning lead to 174 runs, as a staggering 21 wickets fell by the wayside on Tuesday. UPDATES: Tamil Nadu vs Punjab, Ranji Trophy 2015-16, Group B match, Day 1 at Dindigul

Punjab, who chose to bat after winning the toss, lost wickets at regular intervals to be all out for 206 in 57 overs at the NPR College Ground on day one of the match. DT Chandrasekar (3/43), Malolan Rangarajan (2/67) and Rahil Shah (2/68) were the main wicket-takers for the visiting side. Ranji Trophy 2015-16: Punjab lead Tamil Nadu by 174 runs on Day 1

Out of favour India player Yuvraj Singh top-scored for Punjab with 49 off 63 balls. When their turn to bat came, Tamil Nadu surrendered meekly to be bowled out in just 23.4 overs, with left-arm spinner Rajwinder Singh (6/29) doing the star turn. Opening the bowling with Rajwinder, India off-spinner Harbhajan Singh bagged three for 30. J Koushik (30) was the only batsman to reach double digit in Tamil Nadu’s abysmal batting display. At stumps, Punjab were 36 for one in their second innings. COMPLETE COVERAGE: Ranji Trophy 2015-16 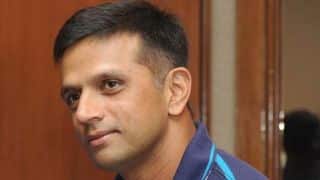 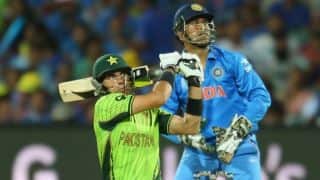