Karachi: Pakistan-born leg-spinner Fawad Ahmed has said that he is more comfortable now with Australian cricket team‘s boozy celebrations after he was named in their Test squad to tour West Indies in June. Ahmed, who is hoping to make a Test debut for Australia against the West Indies, helped county club Victoria win the domestic Sheffield Shield last week and earned a sport in the Test squad for the first time. Australia include Fawad Ahmed, Adam Voges in squad for West Indies tour and Ashes

However, as a devout Muslim, Alam has been quiet but firm about his abstinence from alcohol and his request to bowl for Australia without a beer sponsor’s logo on his outfit was granted when he made his 2013 debut in one-day and T20 cricket in England, though it generated heated debate back home, The Dawn reported.

Ahmed is well aware of Australia’s booze-filled celebration customs, but he believes that he and his Victoria teammate Peter Siddle, also selected for the tour, could share a non-drinking moment of joy while others imbibe when they achieve on their tour of the Caribbean followed by the England tour.

Alam said that that’s Australia’s culture, their tradition, adding that he knew that before he was coming to Australia and insisted that he is more comfortable with that.

The all-rounder said that this is good the way they are enjoying and celebrating, adding that he has been around in the system for five years and he would say Siddle is not drinking as well, insisting that one could call him his partner now.

Granted permanent residency in Australia in 2012 and citizenship a year later, former refugee Ahmed took a wicket in each of his first three ODIs in England in 2013, but went off the selectors’ radar for much of the next two years.

Victoria’s resurgence under captain Matthew Wade in the 2014-15 season proved a timely boost and Ahmed finished the domestic season as the top wicket taker with 48 scalps at an average of 24.85, the report added. 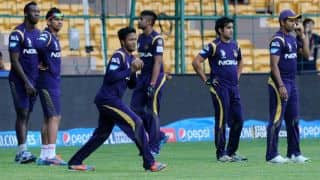