Meanwhile, it will also be Australia's assitant coach David Saker's first outing in his new role, along with Ryan Harris who will work for the first time as a bowling coach.

While Mitchell Starc and Josh Hazlewood will be on rest for Australia‘s upcoming tour of South Africa, John Hastings is all excited and ready for the challenge. Meanwhile, it will also be Australia’s assitant coach David Saker’s first outing in his new role, along with Ryan Harris who will work for the first time as a bowling coach. Hastings though, has spent a lot of time with Saker and worked with him, during injury periods as well. “Sakes (Saker) has been fantastic for me, especially in my early, formative years,” Hastings said, as quoted by Cricket.com.au. He added, “He really helped me understand and know my own game. He said to me ‘you’re never going to bowl as quick as all the other guys’ so you need to be skilful, you need to be able to bowl at the death and you need to have all the different types of deliveries. So that’s one thing that I learned from him very early on and it’s one thing that’s helped me throughout my career.” READ: Ryan Harris appointed Australia’s bowling coach for South Africa tour

Hastings is excited to work with Saker and Harris and said, “I’ve loved working with Sakes every chance I get and I think he’ll be really good for the Australian team. You know exactly where you stand and I think his opinion and his knowledge of the game is very good as well, so he comes across as very honest and you’re able to talk to him about anything so I think he’ll be a great addition.” READ: Australia vs South Africa: Mitchell Starc and Josh Hazlewood to be rested for South Africa series

Hastings said he was eager to work with Harris, and is expecting to grow under him. ” I’m looking forward to working with Ryno (Harris) as well.” I did a bit of work with him up at the (NCC) before I left (for Sri Lanka). “He was there before he went off with the NPS boys (as coach of the National Performance Squad in the recent quadrangular ‘A’ Series in Queensland) so I’m looking forward to seeing him again and catching up. “From all reports he’s a really good coach in the making and I’m sure this will aid his development.”

Coming from an ankle injury that kept him out for four months, Hastings has shown signs of striking form in the ODI series in Sri Lanka. He picked up figures of 6 for 45 in the fourth ODI against the Lankans.

Hastings though, is already waiting to grasp the opportunity to lead the pace bowling attack in South Africa, where conditions wil be different for Australia, as compared to what they found in Sri Lanka. He said, “That (the squad for the South Africa tour) is going to get announced in the coming days, and hopefully I’ve got a plane ticket over there. I’d love to get to South Africa again and if I did have a chance to lead the attack it would be something that I’ve probably worked towards over the last few years.

He added, “I never really thought that I would get that opportunity, but now that I have and now that I’ve come back and done okay I’d really be looking to stick my hand up there and just try and be that leader. “For some of the young bowlers that are coming over, whoever that may be, I’m not too sure. “But I’d love a chance to lead the Australian cricket team attack, that would be a big feather in my cap.” 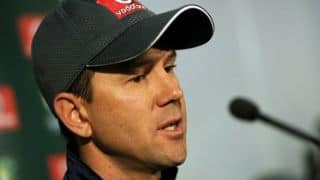 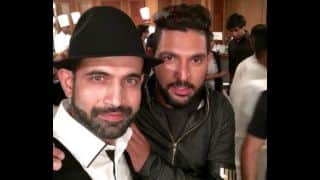 VIDEO: Yuvraj Singh, Irfan Pathan open up on MS Dhoni’s biopic; both excited about it