Australia have just one victory in 11 overseas Tests.

Australia‘s stunning defeat in the second of three Tests against South Africa at St. George’s Park, has thrown up a stark and interesting statistic, which puts the recent achievements of the Kangaroos into perspective i.e. Michael Clarke‘s men have just one victory in 11 overseas Tests.

According to a report in the Daily Telegraph, Australia’s recent overseas record is worse than at any stage since the nadir of the mid 1980s.

In comparison, South Africa has not lost an away series for the last eight years, which explains why they are ranked so comfortably ahead of every other team in the world.

If the Port Elizabeth has proved anything, it is that Australia’s bowlers don’t have the variety to succeed on dead tracks and that their batsmen lack the patience to build an innings in such conditions.

Australia’s recent captains are an interesting contrast of home and away performances. Clarke (winning average of 62 at home and 42 away) has the widest gap, although both sets of numbers are impressive, while Ricky Ponting (57 home, 46 away) also has a significantly better record in Australia. 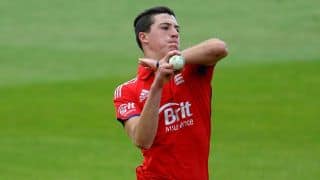