Azhar Ali has said facing New Zealand will not be an easy task for Pakistan.

Ahead of Pakistan‘s tour to New Zealand, Azhar Ali said that facing the hosts will not be an easy task for Pakistan. However, Azhar seemed confident of his side performing well, pointing out the fact that they have been playing well for the past six months. He also praised his captain Sarfraz Ahmed, while backing pacer Mohammad Asif to make a comeback to the national side.

“It will not be easy [to defeat New Zealand in New Zealand]. The Kiwis always perform well on home ground, but ours is a decent unit and our performances in the last six months are there for all to see. Even during our last tour we almost managed to win two matches there,” Azhar told DAWN on Sunday.

“I’ll try and play the way the team wants me to and according to the situation. It’s our job to do what the team wants. I am very focused,” he said about his own game-plan for the tour. “I am feeling well after the rehabilitation process,” he confirmed after being sidelined for injury for quite some time.

Azhar also backed veteran Mohammad Asif to make a comeback to the Pakistan side. “Asif has a lot of experience. He may not have the same pace but there is still a lot of variation in his repertoire,” he concluded. 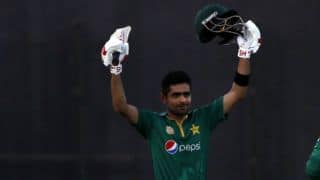