Pakistan have to bat well from here to take a lead.

Pakistan go to tea on Day Two of the third Test at 117 for four after a gritty knock from Azhar Ali. Pakistan were 45 for three at the end of the first session and were in a spot of bother. Asad Shafiq joined Azhar after the lunch break and were playing sensibly until rain interrupted play for about 20 minutes or so. Pakistan lost the momentum and Shafiq lost his concentration and was trapped in from off the bowling of Dhammika Prasad, who has two wickets to his name now. Live Blog: Sri Lanka vs Pakistan 3rd Test, Day 2 at Pallekele

Skipper Misbah-ul-Haq seems to have suffered a groin injury and as a result has not come out to bat yet. Sri Lanka were earlier bowled out for 278, adding just six runs to their overnight score. Openers Shan Masood and Ahmed Shehzad made a cautious start but were both dismissed in the first session Prasad and Nuwan Pradeep respectively. Pakistan lost veteran Younis Khan too in the first session as he was run out at the non-striker’s end after Sri Lanka kept things quiet for about six to seven overs leading up to it. Live scorecard: Sri Lanka vs Pakistan 3rd Test, Day 2 at Pallekele

Azhar and Shafiq offered some resistance but Sri Lanka bounced back by breaking the partnership just when it was looking threatening. Wicket keeper Sarfraz Khan has looked aggressive in his approach and he along with Azhar will look to resurrect Pakistan innings.

Pakistan had won the toss on Day One and decided to bowl first. Both teams had made four changes to their sides. It has paid off for both sides so far. Sri Lanka go into this Test without star batsman Kumar Sangakkara, who opted out of the match, but will be available for the series against India after this series. 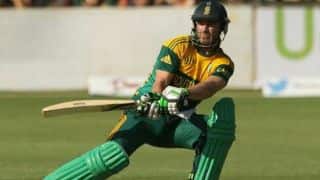 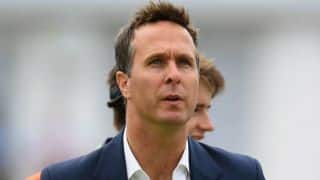