Pakistan, who are currently placed at lowly ninth spot in the ODI rankings, are facing a danger of failing to qualify automatically for the 2019 World Cup in England.

Pakistan bowling coach Azhar Mahmood has called on the team to learn a lesson from England if they want to stage their revival in ODI cricket. Pakistan, who are currently placed at lowly ninth spot in the ODI rankings, are facing a danger of failing to qualify automatically for the 2019 World Cup in England. While calling on his side to play a bit more positive cricket, Mahmood observed that Pakistan would continue to make mistakes until they would change their mentality, the Dawn reported. The 41-year-old urged his side to showcase similar kind of turnaround as England had shown since their embarrassing first-round exit at last year’s 50-over World Cup in Australia and New Zealand. Full Cricket Scorecard: Pakistan vs England 5th ODI at Cardiff

Pakistan will now play their fifth and final ODI in Cardiff today before playing a lone T20 international in Manchester on Wednesday. They will return to England for next year’s Champions Trophy and Mahmood, who himself is a veteran of several seasons in English county cricket, is hopeful to see Pakistan learning quickly from their recent defeats. READ: Pakistan vs England, 5th ODI at Cardiff: Imad Wasim vs Ben Stokes and other key battles

Mahmood have lot of experience in international cricket, and their presence can certainly prove beneficial for the Pakistanis during alien conditions. Mehmood was a medium-fast bowling all-rounder. He was called as the coach for England tour specifically along with Mushtaq Ahmed. Mahmood was also offered the role of assistant coach’s job along with bowling coach role. Mahmood has always claimed the performance of Pakistan has been poor. This time around he remained critical about Pakistan’s performance in the series. 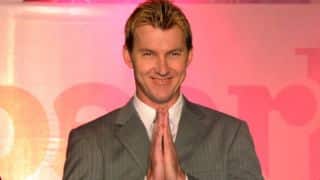 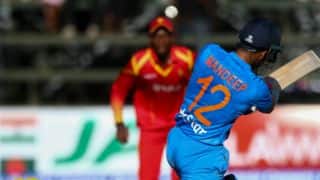