Three days after his accident the condition of former cricketer Mohammed Azharuddin s son Mohammed Ayazuddin, is still said to be critical even after doctors performed a surgery to remove his left kidney on Tuesday. 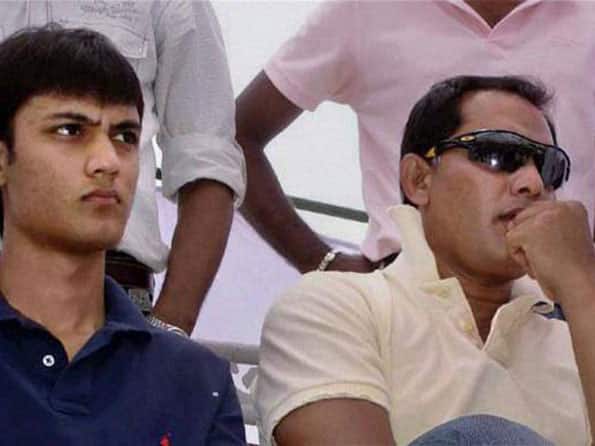 Three days after his accident the condition of former cricketer Mohammed Azharuddin s son Mohammed Ayazuddin, is still said to be critical even after doctors performed a surgery to remove his left kidney on Tuesday.

The 19-year-old suffered serious injuries in a motorbike accident on the Outer Ring Road on Sunday morning in which his cousin Azmal-ur-Rahman, riding pillion, was killed. Azharuddin, who was in London when the accident occurred, reached Hyderabad early Monday morning.

Dr Hari Prasad, CEO of Apollo Hospitals stated that Ayaz had been unconscious and his neurologic status continued to be a serious concern. The teenager has been put under round the clock monitoring.

“We have to monitor him hourly and keep a close watch on him,” Dr Prasad said,

“He was bleeding continuously from the injury to his left kidney and left nephrectomy was performed on Tuesday morning. His vital parameters are being maintained with supports and he continues to be on ventilator. His status remains critical.”

Earlier, doctors had said that Ayaz was put on a ventilator immediately after he was brought to the hospital with severe injuries.

“The patient is currently on a ventilator. He has multi-organ failure and is being supported with medication and other treatment to maintain his vital functions. The prognosis and outcome are guarded due to the severity of the injury and continued instability,” said a medical bulletin issued by Apollo Hospital where Ayaz is admitted.

According to a reliable source, “Doctors revived him, but his heart failed twice on Sunday itself. He has been put on ventilator ever since. “The chances still seem very low as he has multiple organ failure and nothing more perhaps can be done on him. Clinically, he is alive but extremely critical.”

Dr Prasad said the teenager continued to be in a serious condition, having suffered extensive chest and kidney injuries and multiple cardiac arrests. He required multiple interventions and massive blood transfusions.

Prasad said, “He suffered rib fractures on both sides, an intestinal injury, and a severe injury to the left lung. He was immediately operated upon to stop the bleeding in the left lung. His blood pressure has been stable and he continued to be on ventilator support. His vital functions are being maintained with medication.”

He added, “There was severe bleeding in the left kidney and his condition would not permit surgical intervention. We have, however, controlled the bleeding. About 70-80 blood units were required.” He also said that a multi-speciality team including neurologists and nephrologists are working on saving the 19-year-old.

Zimbabwe win the toss, elect to bowl first against Pakistan