Pakistan captain Babar Azam pipped his Indian counterpart Virat Kohli to become the undisputed number one in the ICC ODI batsmen rankings, revealed on Wednesday. Babar, who scored a hundred and a fifty in the three-match ODI series against South Africa, went past the Indian captain who ruling the ODI batting charts since October 2017. Kohli’s deputy, Rohit Sharma has maintained his third spot with 825 points ahead of New Zealand’s Ross Taylor.

Babar had started the series against South Africa at 837 rating points but moved up to 858 – ahead of Kohli – after his score of 103 in the first match.

Kohli’s unmatched consistency helped him spend astonishing 1258 days at the top of the pile in the 50-over format. However, Kohli didn’t have a great ODI series at home against England that led to him slipping one place in the ICC ODI batsmen rankings.

Babar has emulated compatriots Zaheer Abbas – 1983-84, Javed Miandad – 1988-89, and Mohammad Yousuf – 2003 – as the number one ODI batsman. Left-handed opener Fakhar Zaman is another Pakistan batsman to move up the ODI batting charts, gaining five slots to reach a career-best seventh position after his knock of 101.

Among bowlers, Indian pacer Jasprit Bumrah has held on to his fourth position behind top-ranked Trent Boult of New Zealand, Afghanistan’s Mujeeb Ur Rahman, and another Kiwi pacer Matt Henry.

Boult continues to be at the top with 737 ratings points while Mujeeb ur Rahman, Henry and Bumrah follow him. Ravichandran Ashwin is the lone Indian to find a place in the top 10 all-rounders’ list at the number nine spot.

Bangladesh’s Shakib Al Hasan leads the pack ahead of injured England all-rounder Ben Stokes and Afghanistan’s Mohammad Nabi. Mohammad Nabi, Chris Woakes and Rashid Khan are the other players in the top five in this aspect 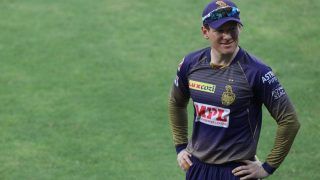 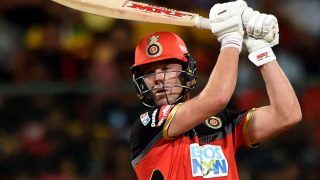