Khaled Mahmud is also a former Bangladeshi cricketer. A medium pace bowler and middle-order batsman, he played international cricket from 1998 to 2006, captaining the team from 2003 to 2004. Bangladesh will hope that this does not distract them from the preparations for the India Test. Read: Playing against India always beneficial: Shakib Al Hasan 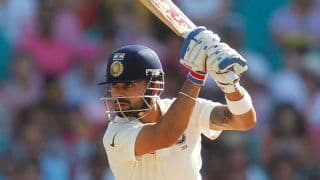 India tour of Bangladesh 2015: Intense net session for visitors ahead of 1st Test