Dhaka: Bangladesh Tuesday recalled batsmen Mahmudullah and Anamul Haque in a 14-man squad for the first two of the three one-day internationals against South Africa. Mahmudullah missed Bangladesh’s previous series against India at home after he sustained a fracture on his left index finger. ALSO READ: Bangladesh vs South Africa 2015, 2nd T20I at Dhaka, highlights

Anamul was injured during the World Cup in March and was sent back home from Australia. He missed the home matches against India and Pakistan. “Mahmudllah is fit for selection. So we’ve decided to include him,” said chief selector Faruque Ahmed.

“We also want to see Anamul as he looks to have regained his form,” he added. Mominul Haque and Rony Talukdar, who were part of the squad for Pakistan and India series but did not feature in any of the matches, made way for Mahmudullah and Anamul. ALSO READ: Shakib Al Hasan must step up to help Bangladesh be consistent

Paceman Taskin Ahmed will also miss the first two ODIs due to a rib injury he picked up during a training session last week. The three-match ODI series begins on July 10 at the Sher-e-Bangla National Stadium in Dhaka. The second and third ODI will be held on July 12 and 15 in Dhaka and Chittagong. 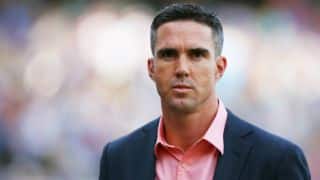