Speaking after Bangladesh’s three-run loss to West Indies, the Tigers’ captain expressed his frustration at the team not being able to learn from old mistakes.

Chasing a target of 272, Bangladesh appeared to be on course for victory at 232/3 after 45 overs, but proceeded to lose Mahmudullah (39), Sabbir Rahman  (12) and Mushfiqur Rahman (68) to end up three runs short. The visiting team needed eight runs with five wickets in hand, and Mushfiqur on 68 off 66 balls.

West Indies captain Jason Holder decided to bowl the last over, and removed Mushfiqur off the first delivery. Two dot balls left Bangladesh to get eight off three balls but they could only one double and two singles.

“Losing a close game like this is very disappointing. No reason to lose a match where we needed only 14 from 13 balls with six wickets in hand,” said Mortaza afterwards. “It is not the first time that we lost a close encounter. It has happened quite a few times in the recent past. It is very disappointing that we are not learning from our mistakes. We must have finished the game easily, but unfortunately we could not.”

Asked to elaborate on how Bangladesh messed up a chase that needed 40 runs from the last five overs, after another solid partnership between Tamim Iqbal (54) and Shakib Al Hasan (56), and Mortaza was at a loss for words.

“It is actually hard to describe. Honestly speaking, we are making such mistakes very often. We should have kept a steady nerve in this situation. If we had the tendency to score in singles then the match would be ours,” he said. “The game continued till the last ball. In this type of matches it is very tough to say where things went wrong. But obviously if (Mahmudullah) Riyad had not gotten run-out then it would be an easier game for us.”

The three-match series is now level at 1-1 with one to play. 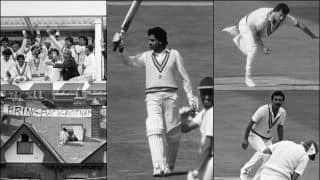 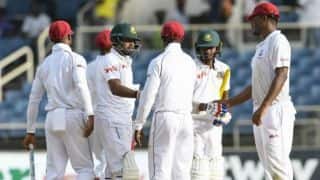