Former India spinner Sunil Joshi, currently spin consultant with the Bangladesh cricket team, has been left very impressed with the health of spin bowling in the country. Speaking to Cricbuzz, Joshi analysed the success of left-arm spinner Taijul Islam and offspinning allrounder Mehidy Hasan Miraz and backed the pair to inspire the next crop of slow bowlers in Bangladesh.

There are a lot of spinners who can really be torchbearers for the Tigers, said Joshi. We have a set plan of going on spin talent hunt. I can share the information once it’s finalised. We have given a proposal to the board to try and look into it, if we can find a wrist-spinner or a chinaman. I have gone to Chittagong and I saw certain spinners there. If we can get an opportunity to go to Cox’s Bazar, we will see some spinners there. If everything materialises we might see a spin talent hunt in the BPL. It’s also the right platform to identify and find out.

Taijul was Man of the Series in the 1-1 Test draw with Zimbabwe for taking 18 wickets in two Tests at an average of 20.55, which saw him claim five in an innings on three straight occasions. Joshi, who played 15 Tests for India from which he claimed 41 wickets, singled out the left-armer s acceptance of more responsibility in the absence of Shakib Al Hasan.

He has accepted the change in mindset because he plays in only Test cricket. When you bowl to a batsman in Test cricket, it’s all about test of skill, character, and patience. Taijul has accepted it and we can see the results, he said.

You ve got to appreciate Taijul not because he got wickets, but for the way he prepared himself mentally. In the absence of Shakib, it’s on Miraz and Taijul. It’s important for Taijul, who has really taken the responsibility and delivered, to keep on doing the same. Any bowler will have an off spell. In Test cricket, you can come back and bowl and get wickets.

Leading the bowling for Bangladesh as they beat Zimbabwe by 218 runs on day five of the second Test at Mirpur was the offspinner Mehidy with 5/38 as Zimbabwe were bowled out for 224, which gave him eight wickets for the match. He also scored an unbeaten 68 in the company of Mushfiqur in the first innings and 27 not out in the second as Bangladesh skipper Mahmudullah scored his second Test century.

Joshi said that having big fingers was a massive assistance for 21-year-old, who in 16 Tests has claimed 69 wickets.

“Look at Mehidy’s palm, his fingers are so big. That’s a great advantage; God’s gift I would say, said Joshi. Not many spinners in the world these days have long fingers. Mehidy is an Asian product – a Bangladesh product. Because of his fingers and hand, he generates over-spin. In Test cricket, you need both side-spin and over-spin. From that point of view, Mehidy is a difficult bowler to deal with.

Joshi, who also took 69 wickets in 69 ODIs, singled out the left-armer Nazmul Islam, who made his Test and ODI debuts this year, and 17-year-old Chittagong spinner Nayeem Hasan who has 48 wickets in 15 first-class games.

Nazmul Islam has something to offer. Anyone who has a repetitive action, be it fast-bowlers or spinners, will be more consistent in playing all formats. That’s what, we as specialist coaches, look at. It’s still early days for Apu. We got to give him time. He is a potential player who can play all three formats, said Joshi.

We have Nayeem Hasan. I have been following them for one year. I went to the game when Zimbabwe played a warm-up match at BKSP. I’ve watched the game and Nayeem has gone back and taken wickets – seven-for, eight-for in the first-class tournament. He has been working on certain variations, certain trajectories. He is 6’2″ and if someone bowls from that height, he will get a bounce. 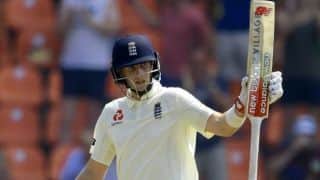